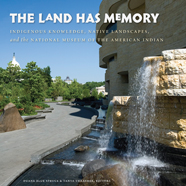 Essays by Smithsonian staff and others involved in the museum's creation provide an examination of indigenous peoples' long and varied relationship to the land in the Americas, and an account of the museum designers' efforts to reflect traditional knowledge in the creation of individual landscape elements.

The landscape and architecture of the National Museum of the American Indian are unique to the Smithsonian Institution and to the National Mall in Washington, D.C. Understanding Native people’s connection to the land is essential to understanding the Native way of life.

The Spirit of a Native Place audio walking tours of the NMAI museum site, available for download, highlight aspects of the museum’s architecture, other components of the site’s landscape and the site’s seasonal plant life. Each 30-minute tour provides listeners with an orientation to the museum’s landscape and an introduction to Native philosophy and culture.

To listen to either tour at the NMAI site, please begin the audio program near the intersection of Fourth and Jefferson Streets, at the top of the stairs, with the trees to your right, facing the museum building.

Landscape and architecture audio tours have been made possible through the generosity and support of the Smithsonian Women's Committee. 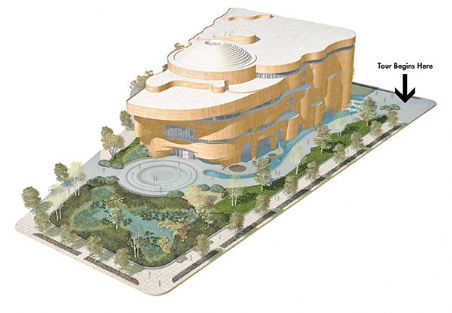 The Spirit of a Native Place architecture walking tour narrator, Evan Adams, of the Sliammon First Nation (Powell River, BC, Canada), is an actor and physician whose numerous performances include a starring role in the Emmy-winning television movie Lost in the Barrens and, most memorably, as Thomas Builds-the-Fire in the Miramax feature film Smoke Signals, which won him many awards, including an Independent Spirit Award for performance. Dr. Adams completed his M.D. at the University of Calgary and his Aboriginal Family Practice residency (as chief resident) at St. Paul’s Hospital/UBC. He is currently the Aboriginal Health Physician Advisor, Office of the Provincial Health Officer, Ministry of Healthy Living & Sport, and the Director of the Division of Aboriginal People’s Health, UBC Faculty of Medicine.

Download the Spirit of a Native Place architecture walking tour:

Right-click (PC) or Control-click (MAC) on the links above and choose the option for saving the link (or target).

The Spirit of a Native Place plants walking tour narrator, Buffy Sainte-Marie, is a Canadian Cree singer-songwriter, musician, composer, visual artist, pacifist, educator, social activist, and philanthropist. Throughout her career in all of these areas, her work has focused on issues of Native Americans. Buffy Sainte-Marie virtually invented the role of Native American international activist pop star. Her concern for protecting indigenous intellectual property, and her distaste for the exploitation of Native American artists and performers, has kept her in the forefront of activism in the arts for forty years. Since 1969, she has operated the Nihewan Foundation for Native American Education, whose Cradleboard Teaching Project serves children and teachers worldwide, free and online.

Download the Spirit of a Native Place plants walking tour:

Right-click (PC) or Control-click (MAC) on the links above and choose the option for saving the link (or target).

Others featured in the audio tours include:

José Barreiro (Taino) hails from Cuba and is a writer, journalist, professor, and assistant director of research at the NMAI. Dr. Barreiro was founding editor of Native Americas Journal, the flagship publication of Akwe:kon Press at Cornell University’s American Indian Program.

Andrés Bianchi, Chile’s ambassador to the United States since 2000.

Duane Blue Spruce (Laguna/San Juan Pueblo), architect, served for ten years as the primary liaison between the NMAI and the museum’s architectural design and construction team.

Shirley Cloud-Lane (Navajo/Southern Ute) has served as an NMAI cultural interpreter since 2004. Her grandfather, a practicing Navajo herbalist, taught her to appreciate our relationship to plants and to the earth.

Renée Gokey (Eastern Shawnee/Sac and Fox) is student services coordinator at the NMAI. Gokey holds a B.A. in anthropology, with an emphasis in Native American studies, from the University of New Mexico.

Kevin Gover (Pawnee) is the director of the National Museum of the American Indian. Prior to his appointment, he was professor of law at the Sandra Day O’Connor College of Law at Arizona State University and co-executive director of the university’s American Indian Policy Institute. A presidential appointee, Gover served as the assistant secretary for Indian Affairs in the U.S. Department of the Interior from 1997 to 2000.

Donna House (Diné/Oneida), ethnobotanist on the landscaping project design team for the National Museum of the American Indian, Washington, D.C.

JohnPaul Jones (Cherokee/Choctaw), founding partner of Jones & Jones, Architects and Landscape Architects, Seattle, Washington. Jones is the recipient of many awards, including the 2006 American Institute of Architects Seattle Honors Medal.

Nora Naranjo-Morse (Santa Clara Pueblo) is an acclaimed sculptor, poet, author, and filmmaker from Espanola, New Mexico. She has participated in numerous exhibitions worldwide and received an honorary doctorate from Skidmore College in May 2007.

Gabrielle Tayac (Piscataway), NMAI historian and researcher, holds a doctoral degree from Harvard University. She is author of Meet Naiche: A Native Boy from the Chesapeake Bay Area, and served as curator of an exhibition on the history of the indigenous peoples of the Chesapeake Bay.

Tanya Thrasher (Cherokee Nation of Oklahoma) has been with the NMAI since 1998, where she is currently publications manager. She received her M.A. in media and public affairs from The George Washington University in Washington D.C.

W. Richard West, Jr. (Southern Cheyenne and member of the Cheyenne and Arapaho Tribes of Oklahoma), founding director of the NMAI. Retired from the NMAI in 2007, West’s professional life has been devoted to serving the American Indian community on cultural, artistic, educational, legal, and governmental issues.

Karenne Wood (Monacan), director of the Virginia Indian Heritage Program at the Virginia Foundation for the Humanities. Wood, who serves on the Monacan Tribal Council, is a Ph.D. candidate in anthropology at the University of Virginia, working to reclaim indigenous languages and revitalize cultural practices. 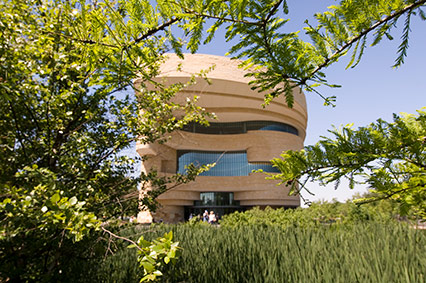 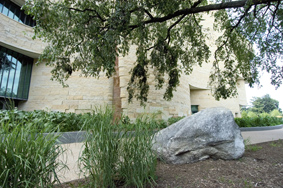 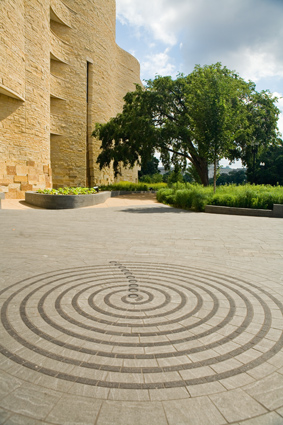 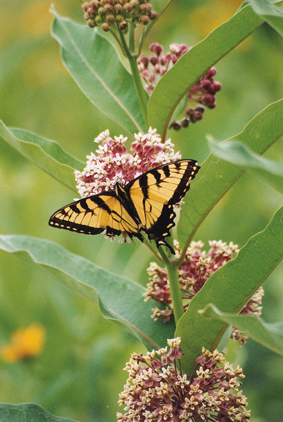 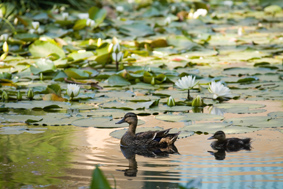