Bring the Smithsonian's National Museum of the American Indian to your classroom! Learn about the rich, complex, and dynamic histories and cultures of Indigenous peoples of the Western Hemisphere from anywhere with our new distance learning programs.

Youth in Action: Conversations about Our Future
Hear from young Native activists and changemakers from across the Western Hemisphere working towards equity and social justice for Indigenous peoples. Topics vary each month. These FREE webinars are targeted to middle and high school students.
Watch past episodes in the series on demand. 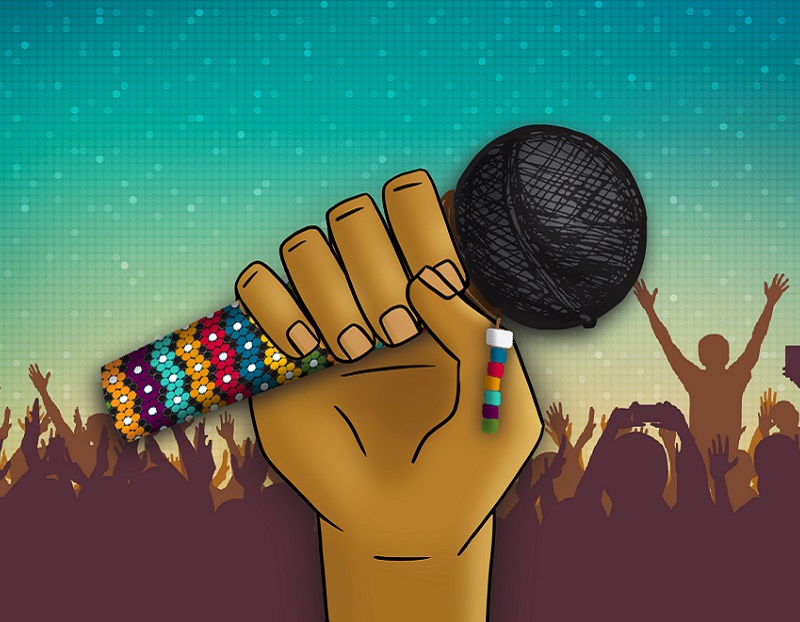 How are Indigenous youth asserting their sovereignty and dismantling stereotypes through hip-hop? Join us for a conversation with Native youth who meld hip-hop with Indigenous beats and rhymes to construct their own narratives and create social change. 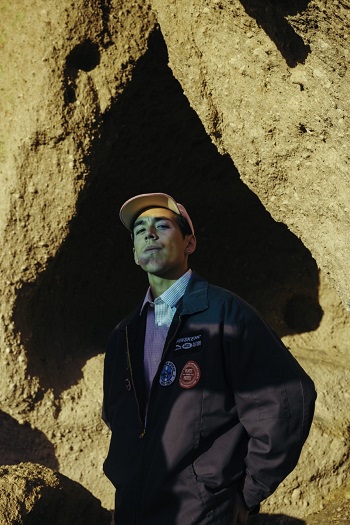 Mato Wayuhi is an Oglala Lakota multidisciplinary artist originally from South Dakota. He works in film and television, both as a producer and musical composer, and writes his own music. Most notably, Mato is the composer for the award-winning FX/Hulu series Reservation Dogs. According to Sterlin Harjo, creator and showrunner of the series, "Mato's music is everything that good Indigenous art is right now. We are in a renaissance and his music speaks directly to that movement. It's unapologetic, it doesn't need permission to exist, and it's made with an urgency—an urgency to move us into a new era."

A recent graduate of the University of Southern California, Mato continues to work and play in Los Angeles and spends part of his summers attending ceremonies and bumming around with family back home. Visit www.mato.website for more information. 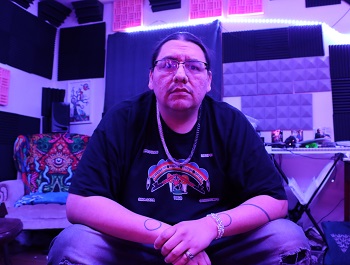 Talon Bazille Ducheneaux is a rap artist and poet from the Cheyenne River Lakota and Crow Creek Dakota tribes. An alum of the University of Pennsylvania, Bazille graduated in 2015 with a BA in psychology. He currently runs Wonahun Was'te' Studios, which provides access to recording and production for community members and allies around central South Dakota. The studio was supported in 2019 by the First Peoples Fund through the Cultural Capital Fellowship. Following the fellowship, Bazille released a three-part series in collaboration with DCM Collective, Panoramic Dreams, and First Peoples Fund titled Traveling the Multiverse with Iktomi, a multi-layered tale of the Lakota trickster figure Iktomi's cross-cultural travels. The series features more than 20 artists and is now available on all platforms. Bazille continues both solo and collaborative releases inside and outside of hip-hop, including the creation of a sound installation for Keith Braveheart's (Oglala Lakota) art exhibition Creation.Story. His recent solo works continue to involve collaborations with artists such as Tani Gordon Art, Ray RockBoy Janis, Maniac The Siouxpernatural, The Derelict, and more. His most recent collaboration, Taku Sni ("nobody" or "nothing" in Lakota), features artwork by Janis. Visit www.BAZTK.com for more information. 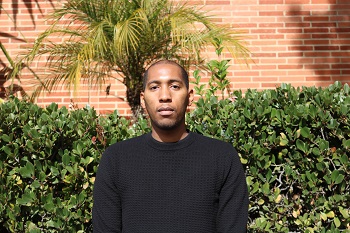 Kyle T. Mays (Black/Saginaw Chippewa) is an Afro-Indigenous writer and scholar of US history, urban studies, race relations, and contemporary popular culture. He serves as an assistant professor of history, African American studies, and American Indian studies at the University of California, Los Angeles. He is the author of Hip Hop Beats, Indigenous Rhymes: Modernity and Hip Hop in Indigenous North America (State University of New York Press, 2018), An Afro-Indigenous History of the United States (Beacon Press, 2021), and City of Dispossessions: Indigenous Peoples, African Americans, and the Creation of Modern Detroit (University of Pennsylvania Press, 2022). 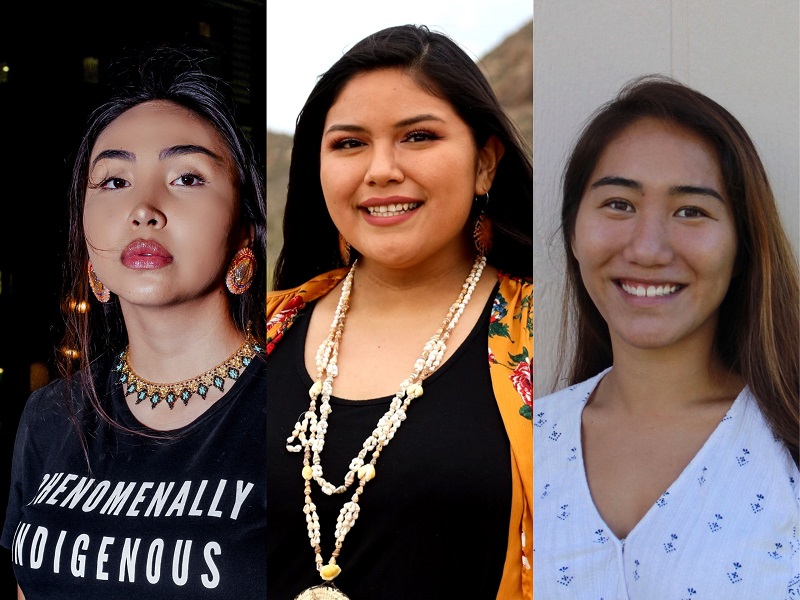 How is teaching a form of activism? This Indigenous Peoples' Day program highlights Native youth who are incorporating Indigenous voices in K–12 education and promoting inclusive conversations in our nation's classrooms.

Charitie Ropati is a Yup'ik and Samoan undergraduate student at Columbia University studying civil engineering with a concentration in water resources and anthropology. Her studies focus on the intersections of civil infrastructure, permafrost, and cultural resilience. She currently studies permafrost degradation in coastal Alaskan Native communities and contributes to the coproduction of knowledge at Columbia University. As an environmental and education activist, Ropati works to implement an accurate and inclusive history sub-curriculum of Indigenous peoples in Western pedagogy. In 2019 she was named a Champion for Change by the Center for Native American Youth and nationally recognized for her work in education. Through her works, she hopes to create a better future for her siblings and other Native youth. 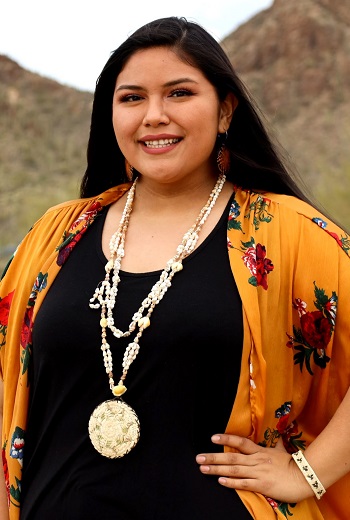 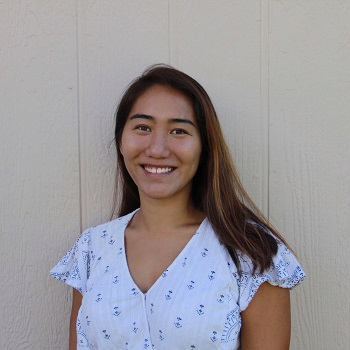 Born in Hilo and raised in Nānākuli and Kapolei, Kourtney Kawano is a second-year doctoral student at UCLA School of Education. She draws upon her experiences as a former high school English teacher and graduate of Kamehameha Schools to explore the power of Native Hawaiian culture-based education to cultivate pathways for student praxis, self-determination, and sovereignty. Kawano's research interests include advancing scholarship on Kanaka 'Ōiwi critical race theory through an exploration of Native Hawaiian identity development and Native Hawaiian feminist epistemology. 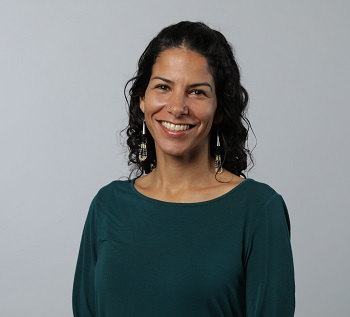 Dr. Leilani Sabzalian (Alutiiq) is an assistant professor of Indigenous Studies in Education and co-director of the Sapsik'wałá Education Program at the University of Oregon. She is committed to training the next generation of Indigenous educators as well as preparing all educators to challenge colonialism in curriculum, policy, and practice. Sabzalian is the author of several books, including Indigenous Children's Survivance in Public Schools; however, her most notable accomplishment is mother to two precious Native youth. 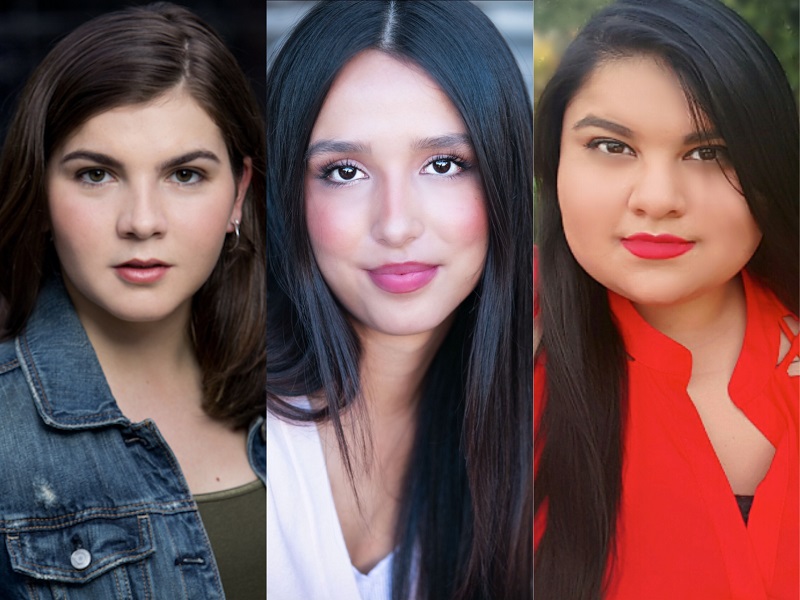 Can changing theater change the world? Join us in a conversation with young Indigenous actors and playwrights who are reimagining Native representation on the stage. 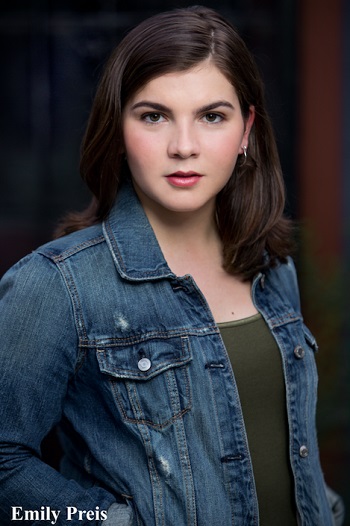 Emily Preis is a proud citizen of the Osage Nation and a New York City-based maker, performer, and organizer whose work focuses on community and challenging harmful narratives. Since receiving her BFA, she has collaborated with Mauricio Salgado to turn her thesis, "Performance as an Act for Tribal Sovereignty," into a theater studies course at NYU. She has worked alongside Iakowi:he'ne' Oakes (Kahnawake Mohawk), Ty Defoe (Ojibwe/Oneida), Tanis Parenteau (Métis/Plains Cree descent), and Ryan Opalanietet Pierce (Nanticoke Lenni-Lenape Tribal Nation) to produce several Native plays for Carnegie Hall's Voices of Hope. Preis was named a finalist for the Yale Indigenous Performing Arts Program's inaugural Misty Upham Award for Young Native Actors. Select acting credits include Fairly Traceable (American Bar Association), Bingo Hall (American Indian Community House, NYC), and the national tour of Where We Belong. 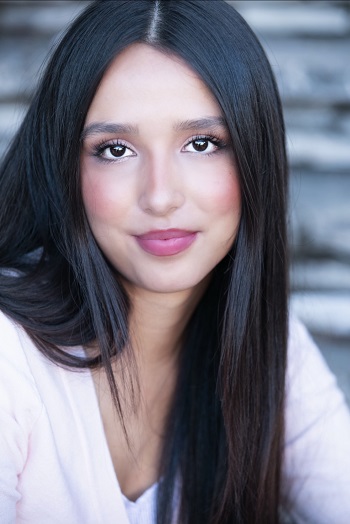 Isabella Madrigal, a sophomore at Harvard College, is an enrolled member of the Cahuilla Band of Indians and is of Turtle Mountain Chippewa descent. She is the co-director of the nonprofit Indigenous Storytelling, which seeks to reclaim the narrative surrounding the Indigenous experience by sharing and uplifting Native voices. Madrigal's original play, Menil and Her Heart, was a winner of the 2020 Yale Young Native Storytellers Contest. It was featured at the 2019 United Nations' Girls Speak Out event and during the 2022 University of California Riverside's Writers Week. Menil and Her Heart discusses the issue of MMIWG2S+ (Missing and Murdered Indigenous Women, Girls, and Two-Spirit People) while centering community performance and cultural revitalization efforts. Currently, Madrigal is the treasurer of Natives at Harvard College and sits on the Youth Advisory Board for the Center for Native American Youth at the Aspen Institute, where she was previously named a 2020 and 2021 Champion for Change. 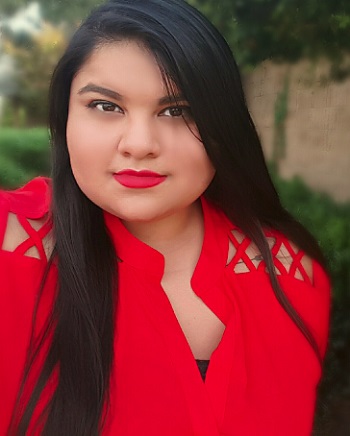 Tara Moses, citizen of the Seminole Nation of Oklahoma, is a director and award-winning playwright. She's the artistic director of Red Eagle Soaring and co-founder of Groundwater Arts. She was a participant in the New York Stage and Film's inaugural NYSAF NEXUS project (2021), a Cultural Capital Fellow with First Peoples Fund (2020), a fellow with the Intercultural Leadership Institute (2018–2019), a member of the Directors Lab at Lincoln Center (2017), and a recipient of the Thomas C. Fichandler Award (2016). Moses is currently an MFA directing candidate at Brown University/Trinity Rep, as well as a member of the Dramatists Guild and associate member of the Stage Directors and Choreographers Society. 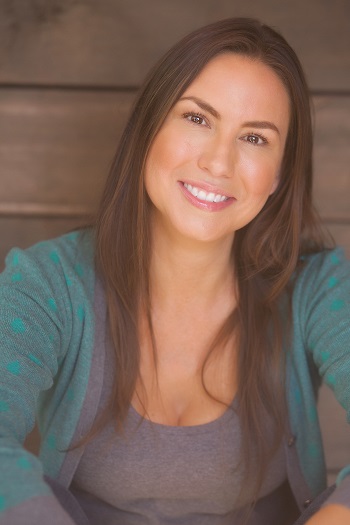 DeLanna Studi is a Cherokee actor and playwright whose TV credits include Dreamkeeper, Edge of America, Shameless, General Hospital, Z Nation, Goliath, and Reservation Dogs. Her theater credits include the first national Broadway tour of August: Osage County, off-Broadway's Informed Consent, and Gloria: A Life. Studi's original play, And So We Walked, is based on her and her father's retracing of their family's footsteps along the Trail of Tears. She has created plays for Theatre for One, The Theatre Center, and Period Piece. She is the artistic director of Native Voices at the Autry and chair of the National Native Americans Committee for the Screen Actors Guild-American Federation of Television and Radio Artists.