The Haudenosaunee Guide for Educators is designed to provide a deeper and more integrated understanding of Haudenosaunee (Iroquois) life—past and present. This guide can serve to enrich the New York State–mandated curriculum. 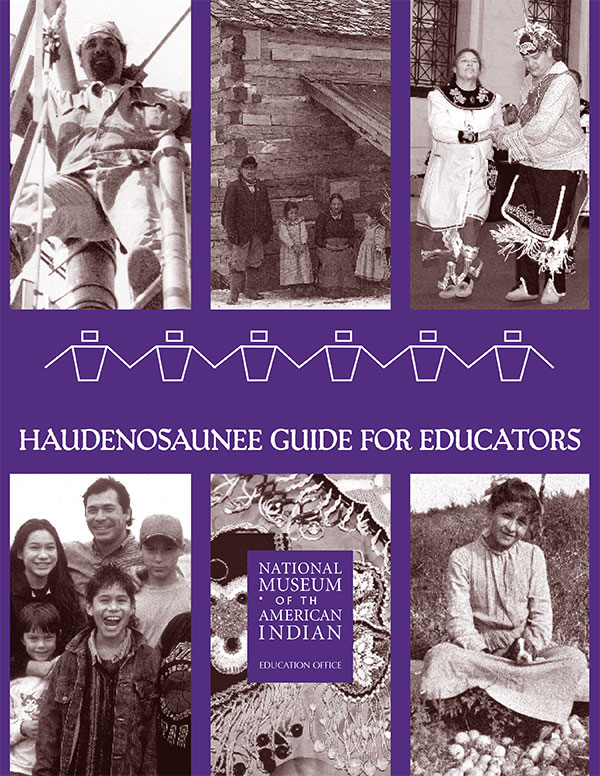 1: American Indian Cultures
Culture is a result of human socialization. People acquire knowledge and values by interacting with other people through common language, place, and community. In the Americas, there is vast cultural diversity among more than 2,000 tribal groups. Tribes have unique cultures and ways of life that span history from time immemorial to the present day.

2: Time, Continuity, and Change
Indigenous people of the Americas shaped life in the Western Hemisphere for millennia. After contact, American Indians and the events involving them greatly influenced the histories of the European colonies and the modern nations of North, Central, and South America. Today, this influence continues to play significant roles in many aspects of political, legal, cultural, environmental, and economic issues. To understand the history and cultures of the Americas requires understanding American Indian history from Indian perspectives.

3: People, Places, and Environments
For thousands of years, indigenous people have studied, managed, honored, and thrived in their homelands. These foundations continue to influence American Indian relationships and interactions with the land today.

6: Power, Authority, and Governance
American Indians devised and have always lived under a variety of complex systems of government. Tribal governments faced rapid and devastating change as a result of European colonization and the development of the United States. Tribes today still govern their own affairs and maintain a government-to-government relationship with the United States and other governments.

7: Production, Distribution, and Consumption
American Indians developed a variety of economic systems that reflected their cultures and managed their relationships with others. Prior to European arrival in the Americas, American Indians produced and traded goods and technologies using well-developed systems of trails and widespread transcontinental, intertribal trade routes. Today, American Indian tribes and individuals are active in economic enterprises that involve production and distribution.

8: Science, Technology, and Society
American Indian knowledge resides in languages, cultural practices, and teaching that spans many generations. This knowledge is based on long-term observation, experimentation, and experience with the living earth. Indigenous knowledge has sustained American Indian cultures for thousands of years. When applied to contemporary global challenges, Native knowledge contributes to dynamic and innovative solutions.

9: Global Connections
American Indians have always engaged in the world beyond the immediacy of their own communities. For millennia, indigenous people of North America exchanged and traded ideas, goods, technologies, and arts with other tribal nations, near and far. Global connections expanded and intensified after contact with Europeans. American Indian foods, technologies, wealth, and labor contributed to the development of the modern world.

10: Civic Ideals and Practices
Ideals, principles, and practices of citizenship have always been part of American Indian societies. The rights and responsibilities of American Indian individuals have been defined by the values, morals, and beliefs common to their cultures. American Indians today may be citizens of their tribal nations, the states they live in, and the United States.

CCSS.ELA-Literacy.CCRA.SL.4
Present information, findings, and supporting evidence such that listeners can follow the line of reasoning and the organization, development, and style are appropriate to task, purpose, and audience.

I. Culture.
Process–Explore and describe similarities and differences in the ways various cultural groups meet similar needs and concerns.

II. Time, Continuity, and Change.
Knowledge–Key symbols and traditions that are carried from the past into the present by diverse cultures in the United States and world.

III. People, Places, and Environments.
Knowledge–The theme of people, places, and environments involves the study of location, place and the interactions of people with their surroundings.

VIII. Science, Technology, and Society.
Knowledge–Science involves the study of the natural world, and technology refers to the tools we use to accomplish tasks.

X. Civic Ideals and Practices.
Knowledge–The theme of civic ideals and practices helps us know how we can influence on how people live and act together.

D2.Geo.4.3-5
Explain how culture influences the way people modify and adapt to their environments.

D2.His.9.3-5
Summarize how different kinds of historical sources are used to explain events in the past. 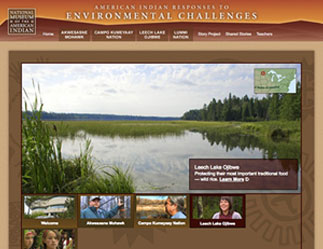 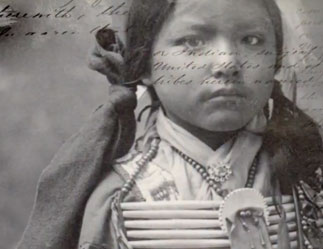 video
Nation to Nation: Treaties Between the United States and American Indian Nations