The comics collected here were created for the exhibition Native New York. Designed for all ages, and with content and experiences that meet New York State curriculum standards, Native New York is on long-term view at Smithsonian's National Museum of the American Indian in New York City. 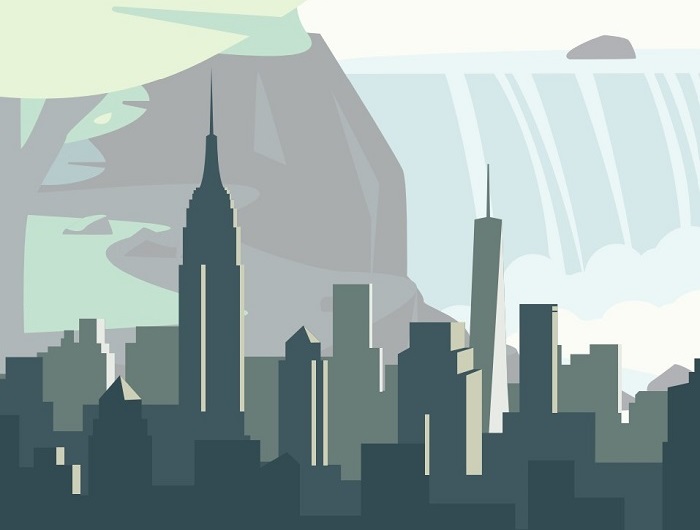 American Indians are both individuals and members of a tribal group.

American Indian cultures have always been dynamic and changing.

Native people continue to figure to maintain the integrity and viability of indigenous societies, American Indian history is one of cultural persistence, creative adaptation, renewal, and resilience.

3: People, Places & Environments
The story of American Indians in the Western Hemisphere is intricately intertwined with places and environments. Native knowledge systems resulted from long-term occupation of tribal homelands, and observation and interaction with places. American Indians understood and valued the relationship between local environments and cultural traditions, and recognized that human beings are part of the environment.

The imposition of international, state, reservation, and other borders on Native lands changed relationships between people and their environments, affected how people lived, and sometimes isolated tribal citizens and family members from one another.

6: Power, Authority & Governance
A variety of political, economic, legal, military, and social policies were used by Europeans and Americans to remove and relocate American Indians and to destroy their cultures. U.S. policies regarding American Indians were the result of major national debate. Many of these policies had a devastating effect on established American Indian governing principles and systems. Other policies sought to strengthen and restore tribal self-government.

A variety of historical policy periods have had a major impact on American Indian people's abilities to self-govern. These include: