What Does It Mean to Remove a People?

Identify up to five sources below that best support your understanding of what it means to remove a people, then select and drag your choices into the Evidence Kit. 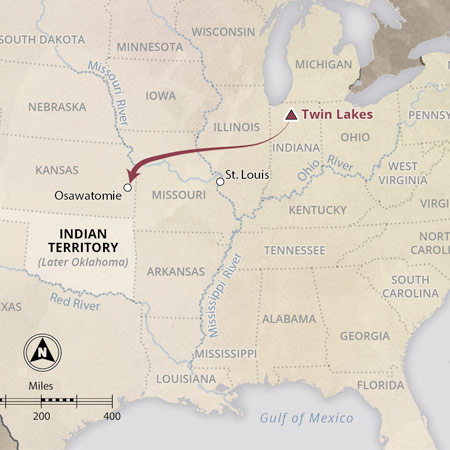 The Potawatomi Nation's Trail of Death began when 100 armed soldiers arrived at Chief Menominee's village, called Twin Lakes, to forcibly remove his people to Indian Territory (Kansas). It took the 850 Potawatomi two months to complete the journey, during which 42 people died. 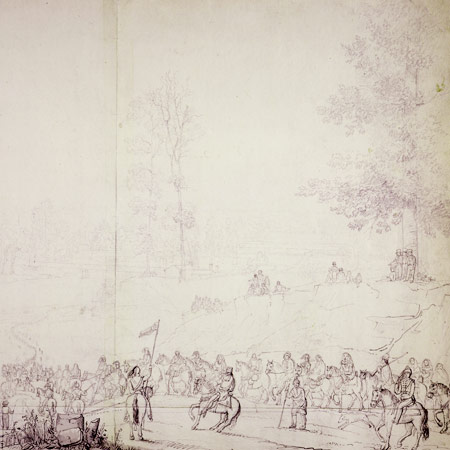 Drawing of Potawatomi Removal in 1836

Drawing and Entry from the journal of George Winter, who witnessed the Potawatomi removal. Winter drew the only known visual documentation of a tribeï¿½s removal in the 1830s. 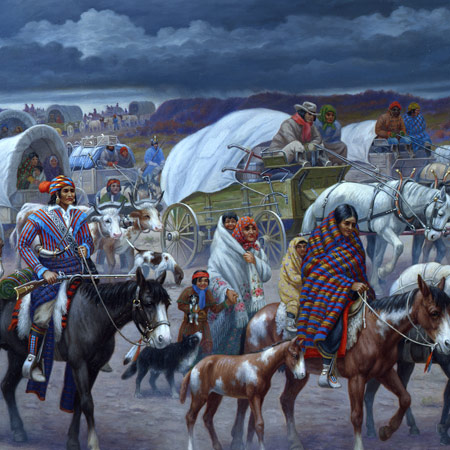 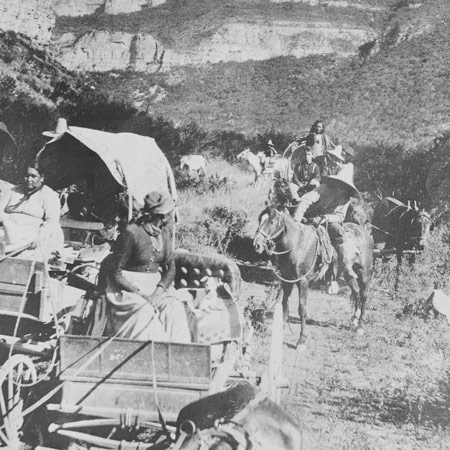 Kickapoo Nation forced to migrate between Mexico and the United States

At different times during their removal history, some members of the Kickapoo Nation were forced to migrate between Mexico and the United States. These Kickapoos were on their way to Mexico in 1907. 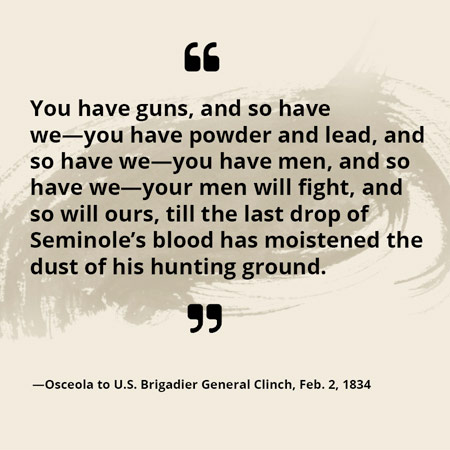 Osceola was one of several leaders of the Seminole Nation who passionately led the resistance to removal.

Angie Debo, The Road to Disappearance: A History of the Creek Indians. (Norman: University of Oklahoma Press, 1941), page 327. 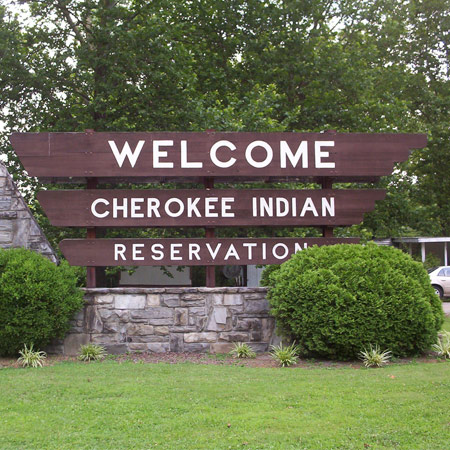 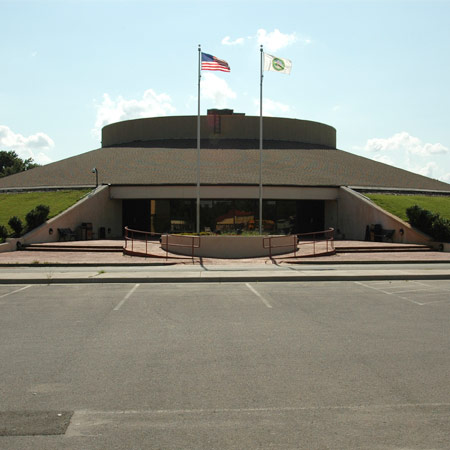 The Tribal Capitol Complex of the Muscogee (Creek) Nation in Okmulgee, Oklahoma

The Tribal Capitol Complex of the Muscogee (Creek) Nation is located in Okmulgee, Oklahoma. It is the seat of a tribal government, with its own courts, laws, and services for its citizens. 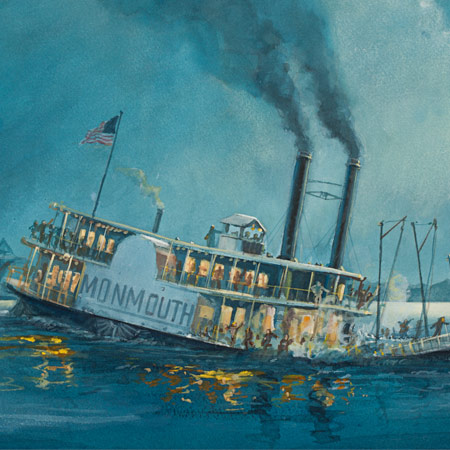 About 400 Muscogee died when the Monmouth collided with another steamboat on the Mississippi River. One nineteenth-century newspaper said it was the largest number of people lost in a single steamboat accident up to that time. 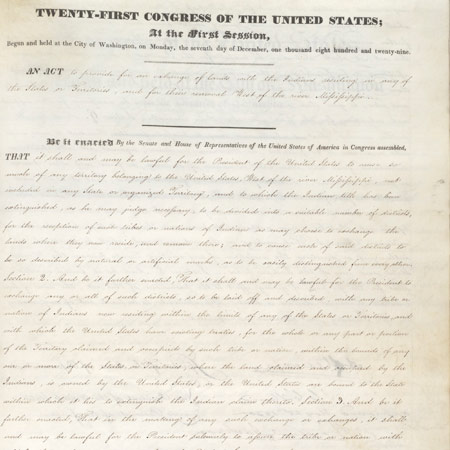 Many in Congress opposed the Indian Removal Act, but it passed by a slim margin. 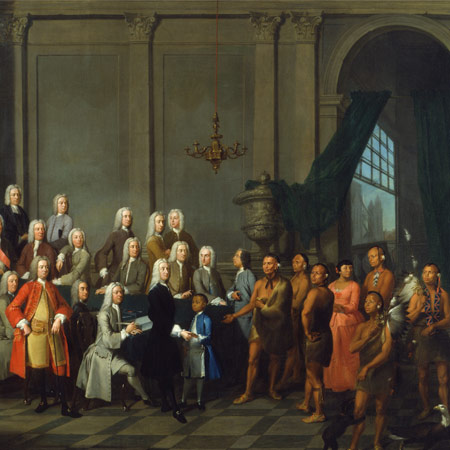 Muscogee representatives traveled to England in the early 1700s to make peace with the colony of Georgia. 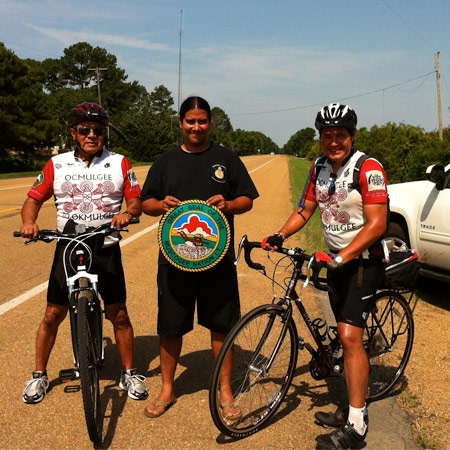 Muscogee bike riders commemorate the removal of their ancestors

Muscogee bike riders commemorate the removal of their ancestors 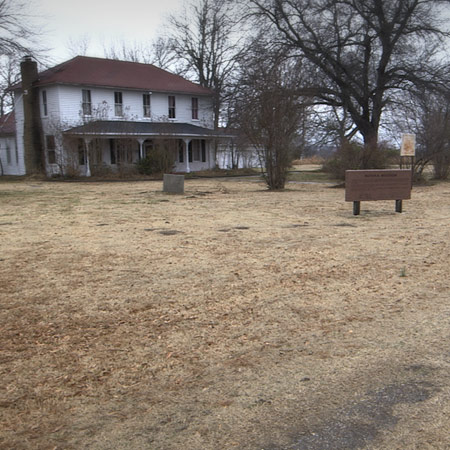 Boarding schools, such as this one in the Muscogee community of Nuyaka, separated Indian children from their families, and tried to erase the Muscogee language and culture. 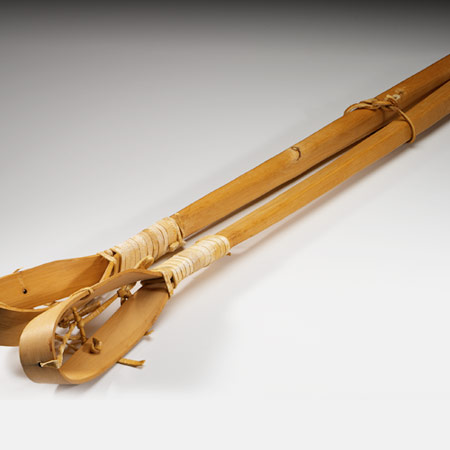 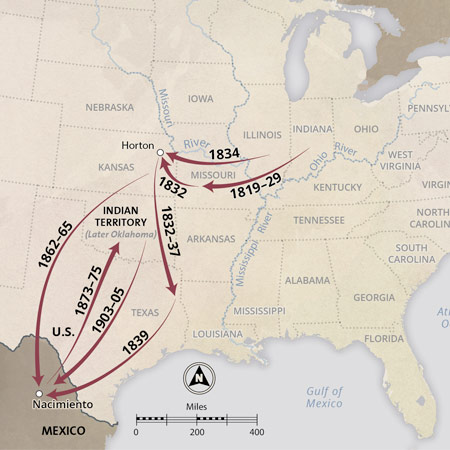 Map of Kickapoo Nation migrating to Texas and Mexico

Some groups within the Kickapoo Nation migrated to Texas and Mexico to seek refuge from the threat of removal, anti-Indian violence, and other pressures. 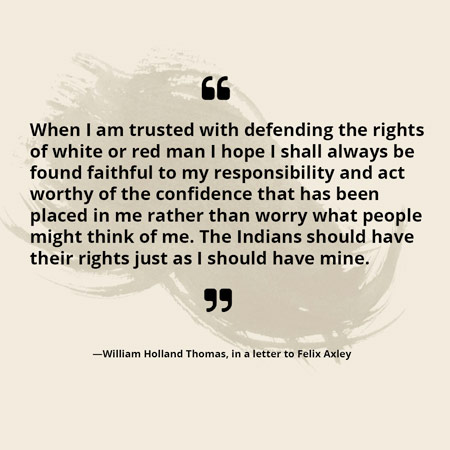 William Holland Thomas had to defend his work on behalf of the Eastern Band of Cherokee Nation against criticism by non-Indians. 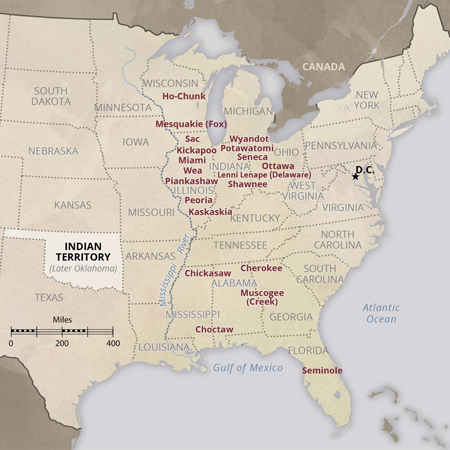