This online lesson provides perspectives from Native American community members, images, objects, and other sources to help students and teachers understand the efforts of Native Nations of the Pacific Northwest to protect and sustain salmon, water, and homelands. Scroll to begin an exploration of the Pacific Northwest history and cultures.
Learn more +

This online lesson provides perspectives from Native American community members, images, objects, and other sources to help students and teachers understand the efforts of Native Nations of the Pacific Northwest to protect and sustain salmon, water, and homelands. Scroll to begin an exploration of the Pacific Northwest history and cultures.
Lesson Information
lesson information

There is no single American Indian culture or language.

For millennia, American Indians have shaped and been shaped by their culture and environment. Elders in each generation teach the next generation their values, traditions, and beliefs through their own tribal languages, social practices, arts, music, ceremonies, and customs.

Native people continue to fight to maintain the integrity and viability of indigenous societies. American Indian history is one of cultural persistence, creative adaptation, renewal, and resilience.

European contact resulted in devastating loss of life, disruption of tradition, and enormous loss of lands for American Indians.

The story of American Indians in the Western Hemisphere is intricately intertwined with places and environments. Native knowledge systems resulted from long-term occupation of tribal homelands, and observation and interaction with places. American Indians understood and valued the relationship between local environments and cultural traditions, and recognized that human beings are part of the environment.

Long before their contact with Europeans, indigenous people populated the Americas and were successful stewards and managers of the land.

For American Indians, identity development takes place in a cultural context, and the process differs from one American Indian culture to another. American Indian identity is shaped by the family, peers, social norms, and institutions inside and outside a community or culture.

In the late 20th and early 21st centuries, many American Indian communities have sought to revitalize and reclaim their languages and cultures.

For thousands of years, American Indians developed and operated vast trade networks throughout the Western Hemisphere.

American Indians traded, exchanged, gifted, and negotiated the purchase of goods, foods, technologies, domestic animals, ideas, and cultural practices with one another.

Today, American Indians are involved in a variety of economic enterprises, set economic policies for their nations, and own and manage natural resources that affect the production, distribution and the consumption of goods and services throughout much of the United States.

American Indian knowledge reflects a relationship developed over millennia with the living earth based on keen observation, experimentation, and practice.

American Indian knowledge is closely tied to languages, cultural values, and practices. It is founded on the recognition of the relationships between humans and the world around them.

Anchor Standards:
CCSS.ELA-LITERACY.CCRA.R.9
Analyze how two or more texts address similar themes or topics in order to build knowledge or to compare the approaches the authors take
CCSS.ELA-LITERACY.RH.9-10.9Compare and contrast treatments of the same topic in several primary and secondary sources.
CCSS.ELA-LITERACY.RH.11-12.9Integrate information from diverse sources, both primary and secondary, into a coherent understanding of an idea or event, noting discrepancies among sources.
Taking Informed Action Expository-Writing

Food is More Than Just What You Eat

Watch this video and think about connections between foods and cultures.

Examine the map to see the many Native Nations of the Pacific Northwest, the abundance of waterways, and how natural features impact how we live.

Hear from the expert. Read what educator and writer, Shana Brown (Yakama Nation) has to say about why foods are more than just what we eat.
Close

HEAR
FROM THE
EXPERT: 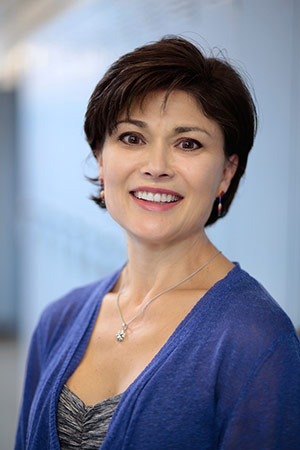 Essential Connections Between Food and Culture


We have not always gotten our foods from grocery stores or restaurants. Nor have we always been accustomed to eating out-of-season or imported exotic foods. Before shipping, plastic wrap, and packaged meats, we ate what our local environments provided. And we built our worlds accordingly.

The food practices of the Native Nations of the Pacific Northwest do not just reflect their identities; they define their identities. Who we are as a people is reflected in our relationship with the environment, the foods that environment provides, and the individual and collective responsibilities undertaken to care for natural resources. Natural resources are not simply viewed by Native people as commodities to be bought and sold; instead, they are viewed as relatives to be cherished and cared for. Culturally important foods, such as salmon and other fish, reflect the unique histories and experiences of Native peoples, especially the histories and experiences that are connected to landscapes and water.

Because our lives and identities are so intertwined with salmon, many Native peoples in the Pacific Northwest call themselves the Salmon People. From the late eighteenth-century on, European and American arrivals in the Pacific Northwest made it increasingly difficult for our ancestors to maintain their food practices, especially once non-Native diets became so prevalent. The influx of non-Native settlers in the Pacific Northwest, thus, threatened our very identity as Salmon People. Over time, the activities of non-Indian settlers brought about commercial fishing, pollution, habitat loss, hydroelectric dams, and other factors that had a very negative impact on the salmon population and the environment as a whole. Instead of respectfully using and managing existing resources, the newcomers altered the landscape and depleted resources. They also denied Indians access to millennia-old hunting, fishing, and gathering sites.

Despite these challenges, tribal nations have been able to maintain their traditional food practices to varying degrees of success. Today, we see a renewed resurgence of and respect for traditional Native food practices. This resurgence not only complements the survival of tribal peoples, their collective identities, and their sovereignty, but it also supports the changing viewpoints of non-Indian people, who now more frequently accept the essential and sustainable value in the very food practices they once sought to eliminate altogether.

A number of contemporary practices and events reflect and strengthen the revival of traditional indigenous food practices. One such event, the annual Canoe Journey along the Pacific coastline of Alaska, British Columbia, and Washington, illustrates the renaissance our nations are experiencing. Once a year, canoes filled with indigenous peoples from all over the world converge on the Pacific Northwest. Native Nations here host these events, and share their stories, songs, foods, and food practices with everyone who has gathered for the occasion. Indigenous participants and canoe families exchange cultural protocols to demonstrate the mutual respect for "homelands" among the gathered people, and particularly for the homelands of the people being visited. Inaugurated by Native leaders in 1989, the annual Canoe Journey event was developed to help tribal youth strengthen their connections with their past and present cultures and environments and, by doing so, strengthen personal identities for the future.

Through the activities and resources of this lesson, you will witness the incredible resiliency and innovation of the Native Nations of the Pacific Northwest in their efforts to protect and cultivate healthy relationships with their relatives—salmon, water, and homelands. And, you will see how foods can define not only who we are, but also who we wish to be.

Close
Native Nations of the Pacific Northwest Map
Toggle between Native Nations and landscape views to orient yourself to the locations of the nations today and the geographical features of their homelands.
native nations
landscape 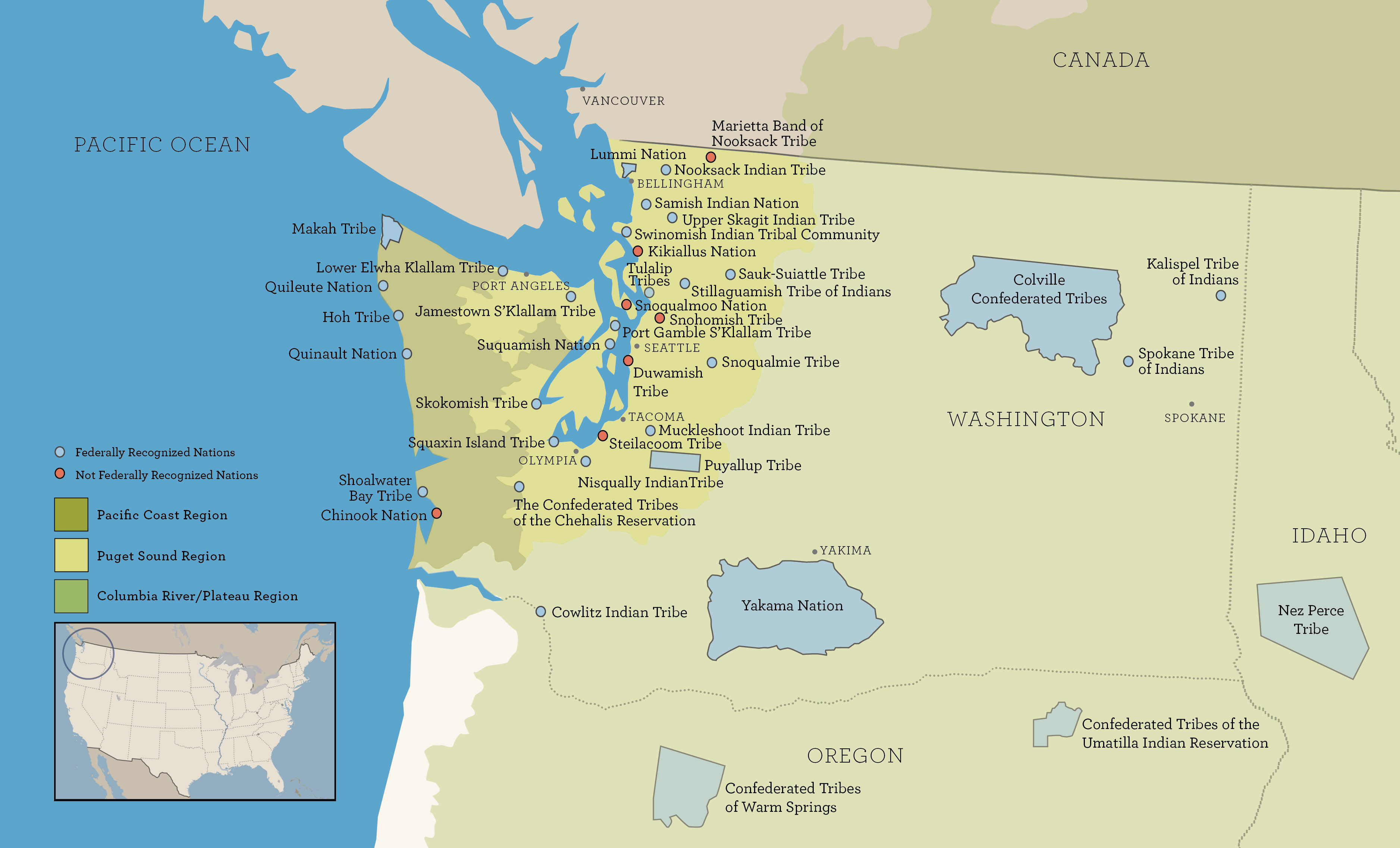 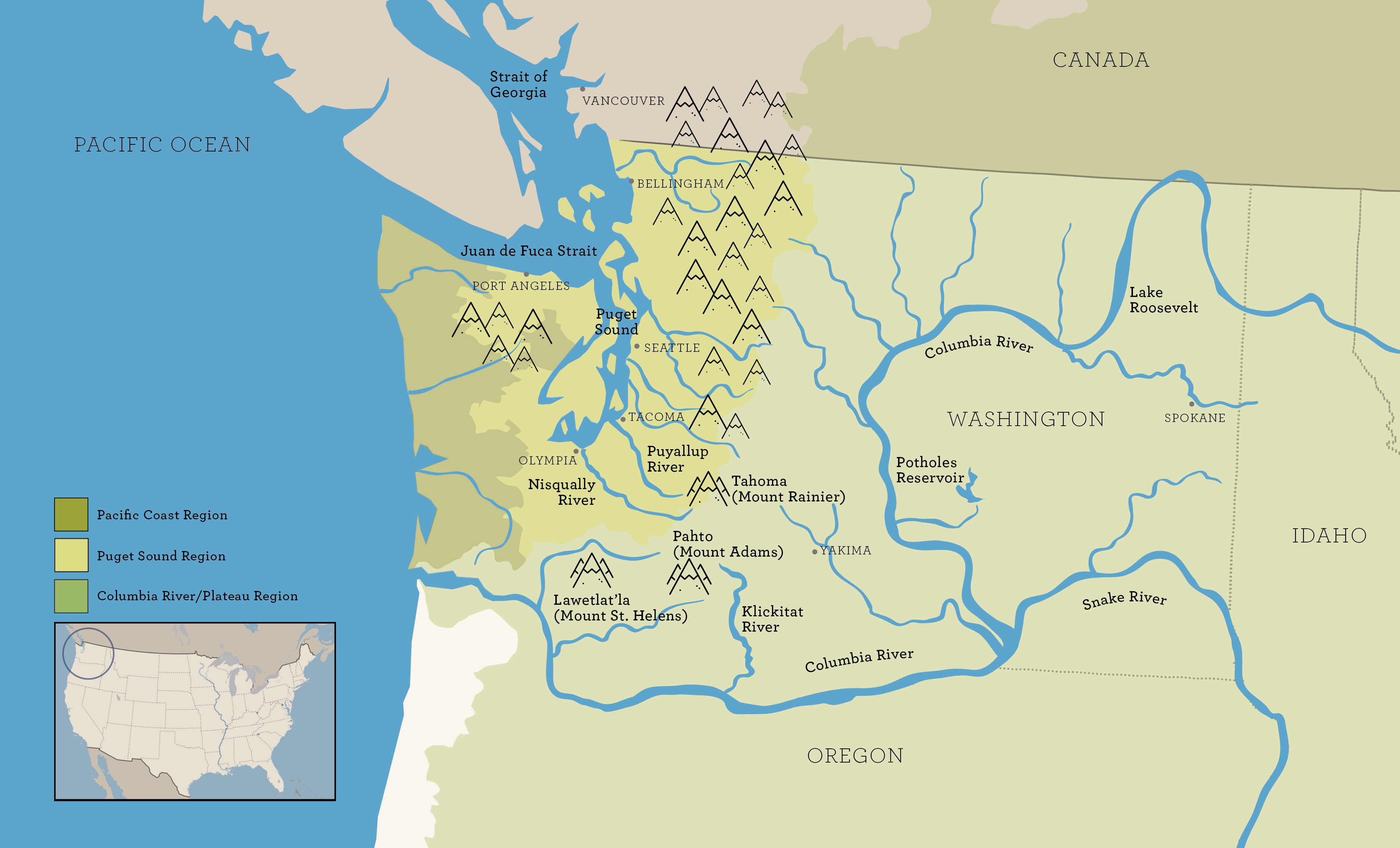 Why is Salmon Important to Native People and Nations of the Pacific Northwest?

Instructions
Explore the sources in each region case study to discover the many reasons why salmon is important to Native Peoples and Nations of the Pacific Northwest.

Examine images, objects, and quotes to determine why salmon is important to Native Nations of the Pacific Coast.

Examine images, objects, and quotes to determine why salmon is important to Native Nations of the Puget Sound.

Examine images, objects, and quotes to determine why salmon is important to Native Nations of the Columbia River/Plateau.

How Do Threats to Salmon Impact Native People and Nations of the Pacific Northwest?

Instructions
First play the Salmon Challenges game and see the many threats salmon encounter during their lifecycle. Then, select a case study and learn how threats to salmon also impact Native communities and nations.

Play and learn what it's like to be a salmon. Navigate the many kinds of challenges that salmon face in their long journey upstream.

Discover why threats to salmon also carry consequences for people. Examine this case study and see how Native communities of Celilo Falls were forever changed by the construction of dams.

What Actions are Native Nations Taking to Restore Salmon and Strengthen Cultures?

Instructions
Explore three short case studies and a video to see how efforts to restore salmon also strengthen Native cultures. First, watch this short video about one Native-led project to restore salmon in the Columbia River.

See how one nation—the Quileute Nation—takes action to restore salmon and strengthen cultures.

Consider how the Northwest Indian Fishing Commission supports Native Nations in their efforts to restore salmon habitats and strengthen culture.

See firsthand the power of Canoe Journey and how Native peoples see Canoe Journey as a way to take action to and reconnect to their cultures and environments.

Why Do the Foods We Eat Matter?

Instructions
What did the evidence reveal? Why do the foods we eat matter? Construct an evidence based argument about the connections between foods and culture for Native Nations of the Pacific Northwest.

Show What You Know Puzzle Activity

Why do the foods we eat matter? Show what you've learned about the connections between foods and culture. Match each source to a key theme and reveal an iconic image.

Instructions
Discover how the Muckleshoot Food Sovereignty Project organizes, plans, and acts in order to address injustices and strengthen ties to culture.

Discover how the Muckleshoot Food Sovereignty Project organizes, plans, and acts in order to address injustices and strengthen ties to culture.

Resources for Students and Teachers
Close

The NMAI extends special thanks to members of the Pacific Northwest—region team whose thoughtful collaboration and extraordinary expertise made these inquiry-based lessons possible.


The museum also thanks the following staff and other contributors for their work in the creation of these lessons:

The Nisqually Indian Tribe: For acting as gracious hosts to the NMAI media and education teams during the 2016 Canoe Journey.

The Salmon Defense Fund: For the generous gift of footage from the film Back to the River.

Carol Craig (Yakama): For generous support in coordinating interviews with community members of the Yakama Nation and providing access to tribal fisheries.

Gail Morris (NuuChahNulth, Ahousat Band): For the time, energy, and expertise offered to the Pacific Northwest–region team in support of the development of these lessons.


The National Museum of the American Indian gratefully acknowledges the generous support of the Margaret A. Cargill Foundation in the development of these educational resources.