Follow the journey of trade goods to learn what the Lenape, Mahican, and Dutch wanted and why. 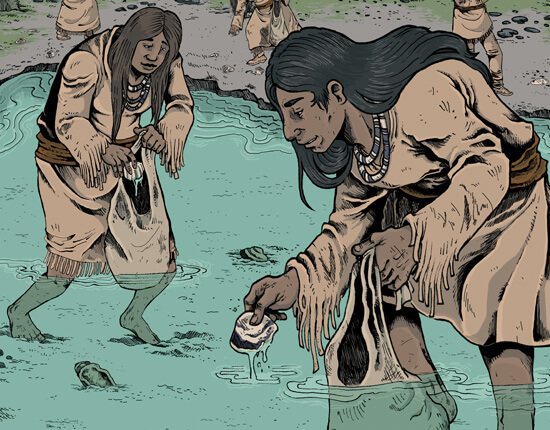 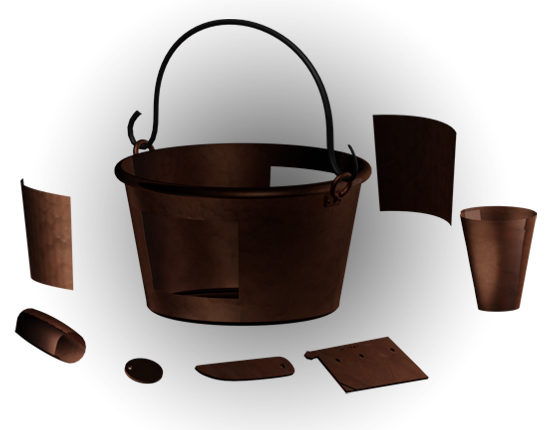 Journey of a Dutch Kettle 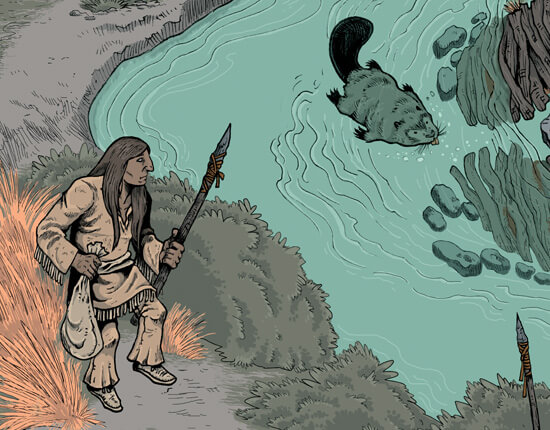 Journey of a Beaver Fur

When the Dutch arrived in the 1600s, they noticed how much Native people valued wampum. Wampum played an important role in exchanges between Native people and the Dutch. 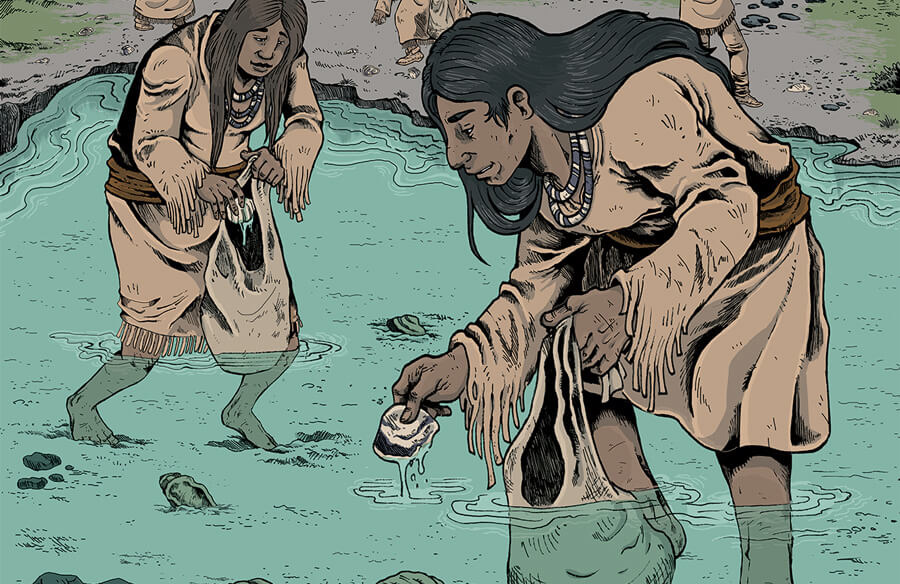 Wampum is a bead made from the rim (purple part) of clam shells and the inner, spiraled part of shells. The shells were collected by the Native people, including the and , who lived along the coasts of . 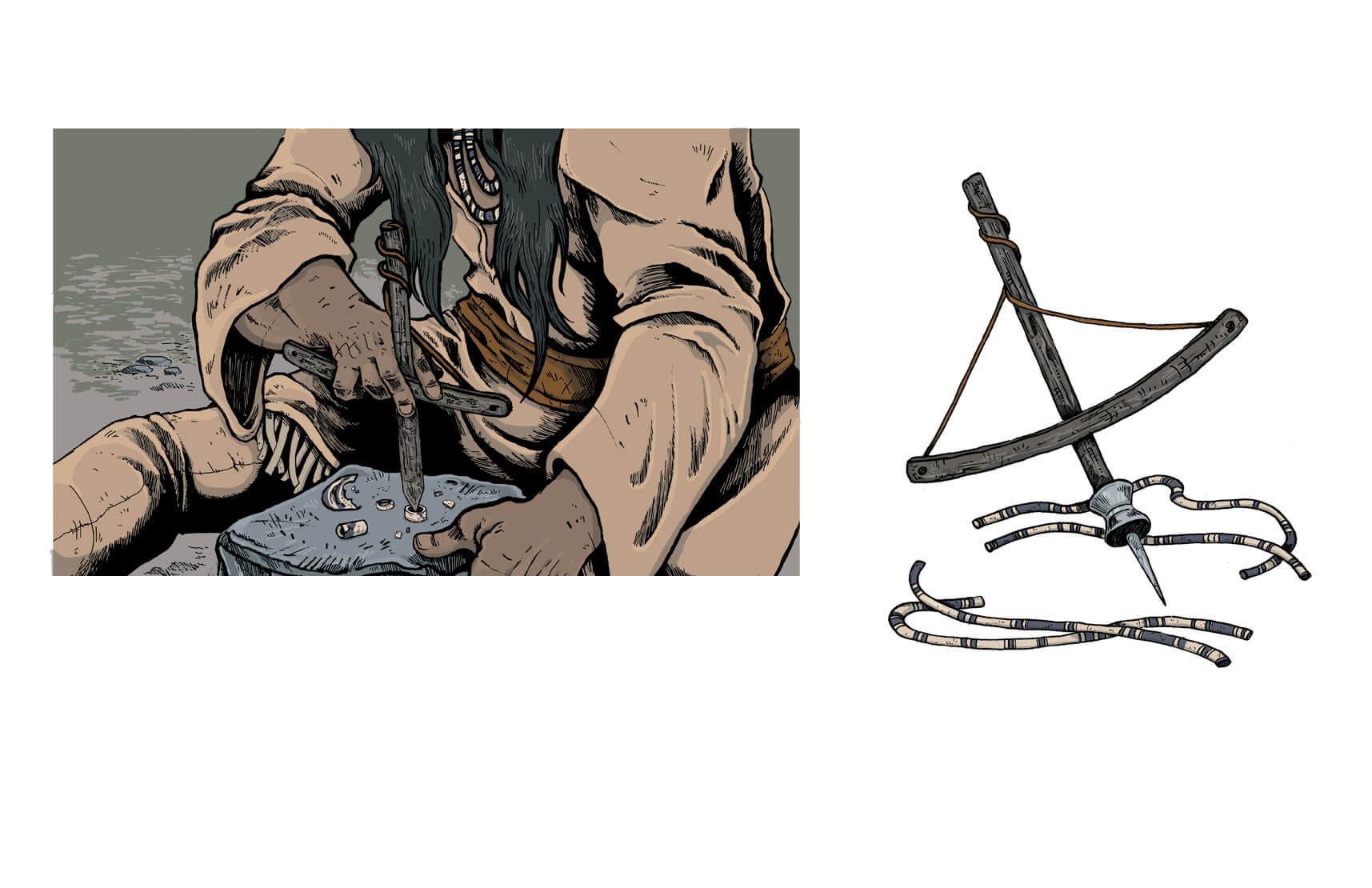 Creating wampum beads took skill and time. Native people ground and sanded the shells to form cylindrical beads. They then drilled a hole through the center of each bead with a bow drill. Europeans introduced metal drills called mux drills that sped up the wampum-making process. 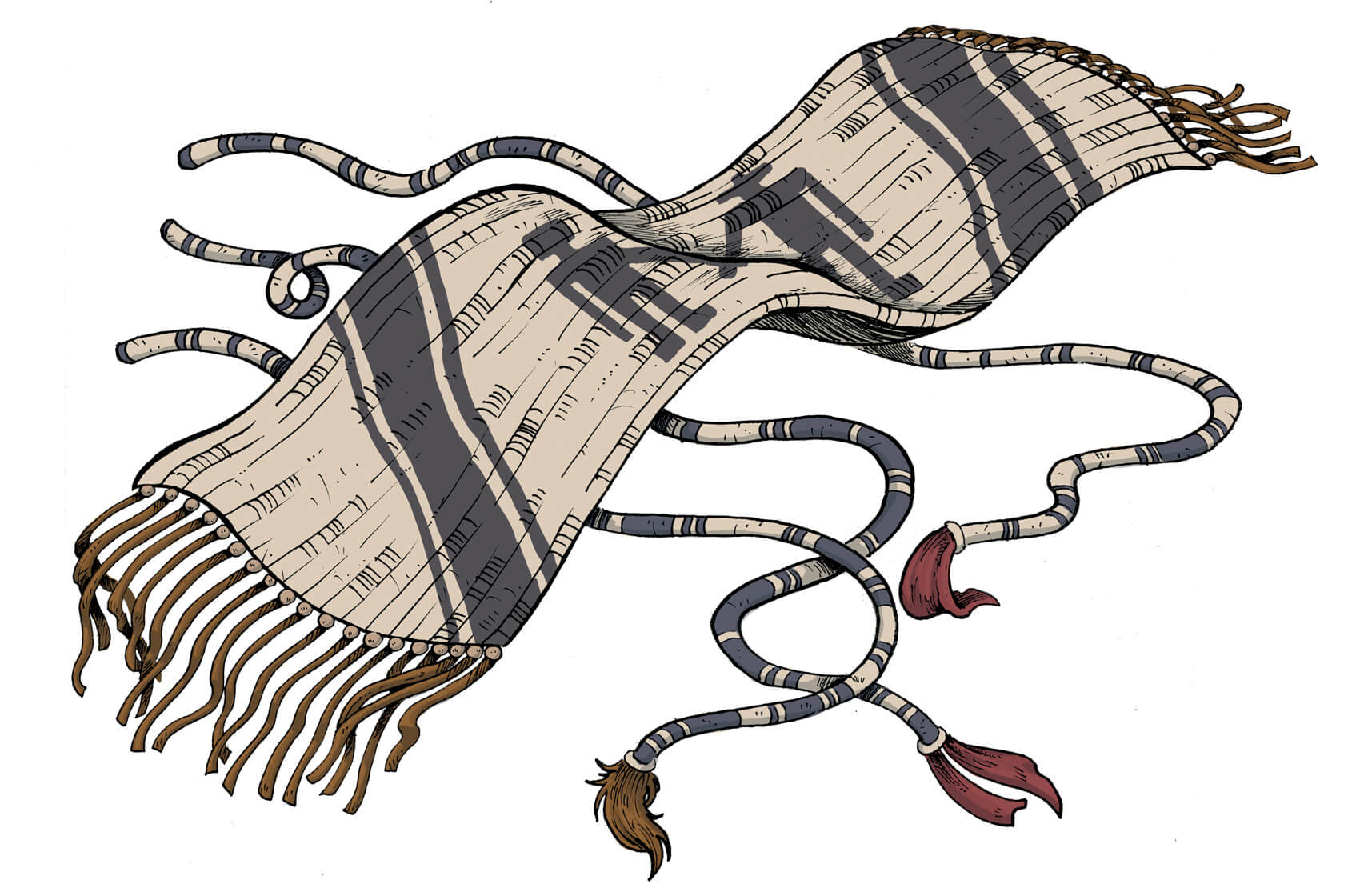 Native weavers used wampum beads to make belts, collars, and various other adornments. Many of the items had symbolic designs. Strangers and friends exchanged wampum to build and maintain relationships. Native people still use wampum in ceremonies, to pay respect, and to record important events.
Previous Next

Journey of a Dutch Kettle

Native people exchanged wampum and beaver pelts for European goods such as metal kettles, which they cut to a specific size and shape, then remade into tools and ornaments they found useful. 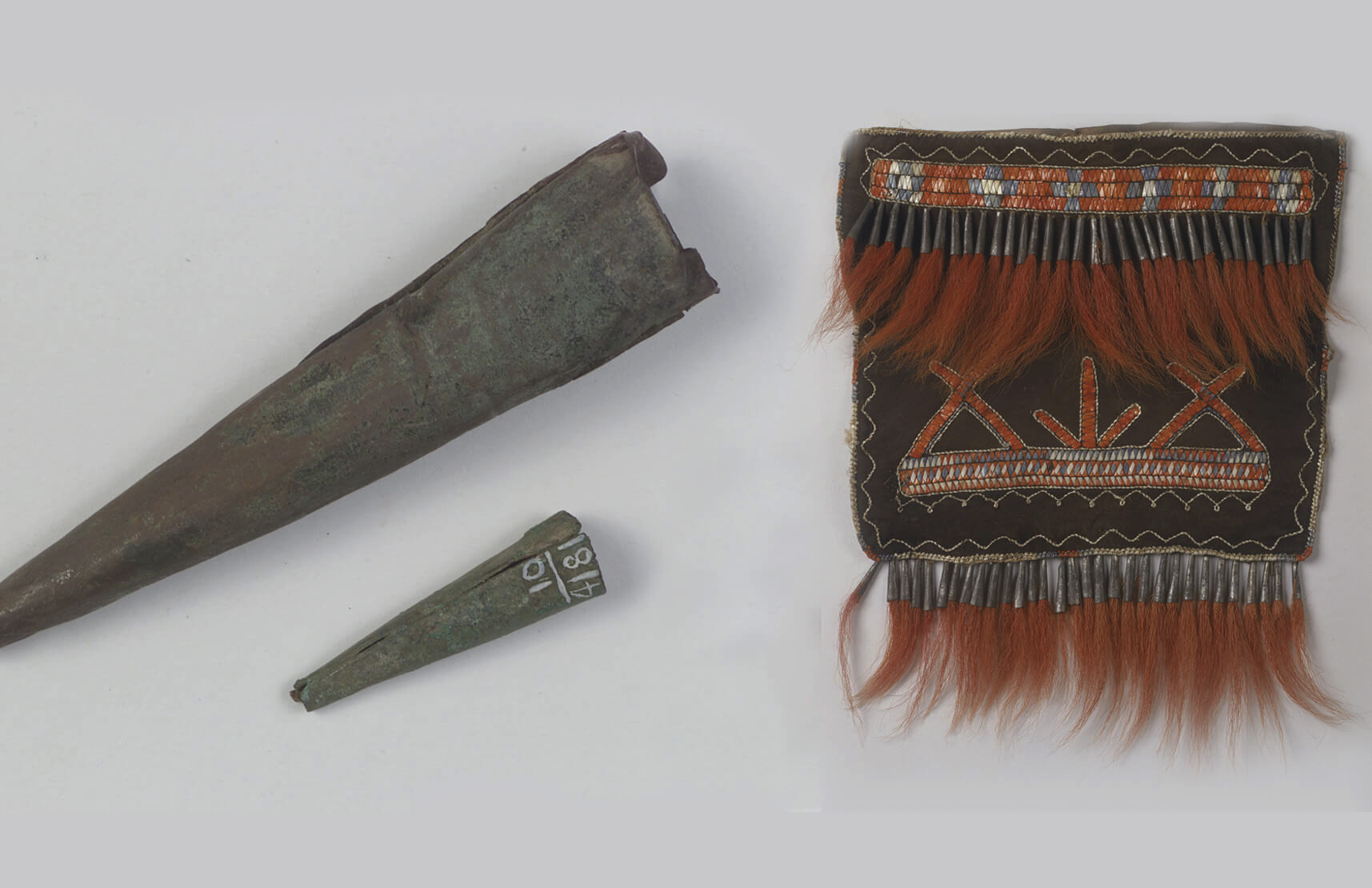 Some cut pieces were rolled into tubular beads called tinkler cones, which were hung on clothing or bags to make a jingling sound. Other metal pieces were hammered flat and cut into arrow points that were strong and more effective than stone arrowheads. 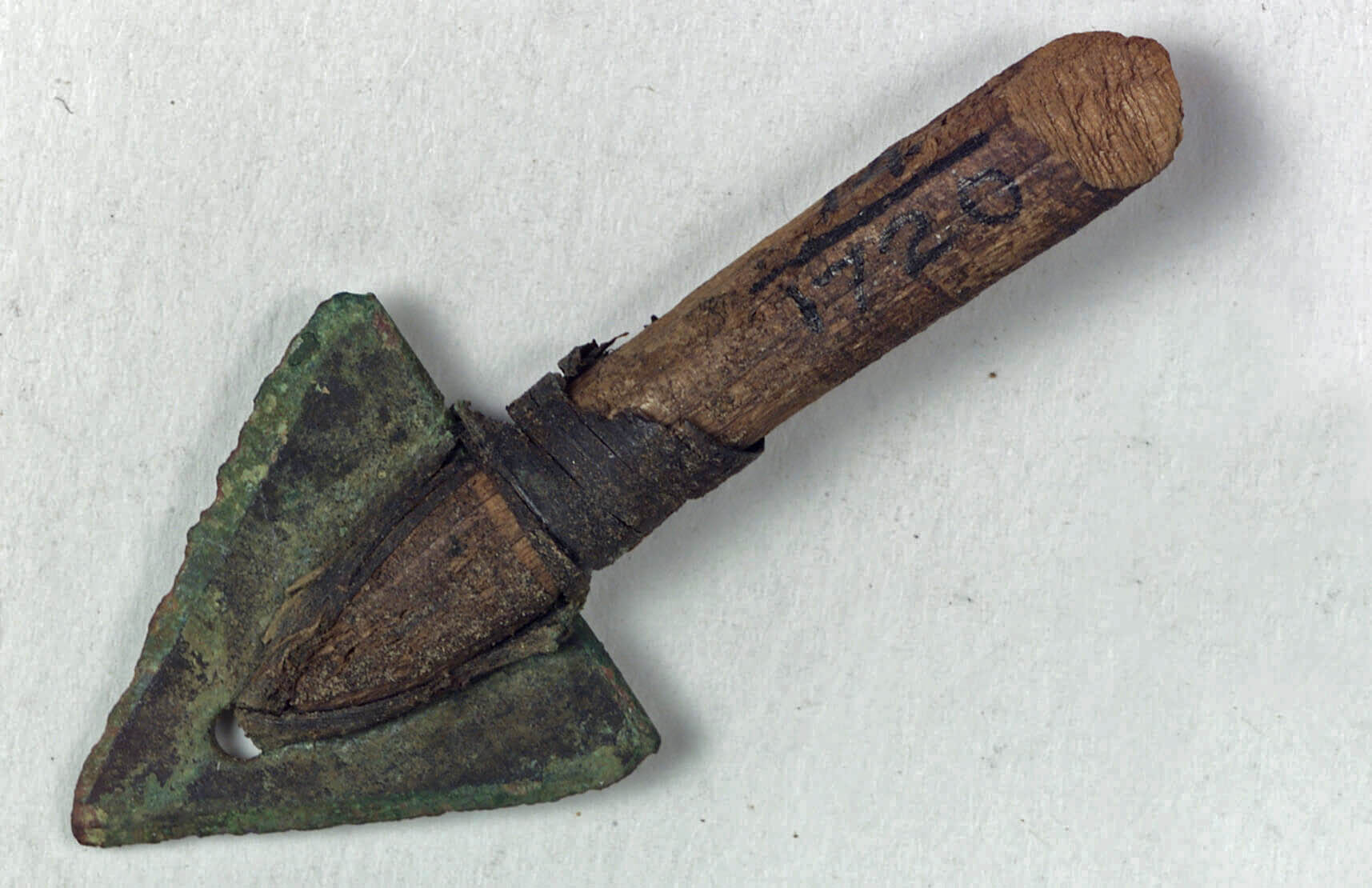 Native people transformed Dutch metal goods into tools and objects like the ones they already had, only better. Metal tools were stronger than stone tools, which improved Native life. As time went on, Native people became more dependent on Dutch metal.

Native arrowhead made of metal from European trade kettles, wood, and vegetable fiber. NMAI 141720.000
Previous Next

Native people hunted animals for meat and for fur, which they used for clothing. The Dutch depended on Native people’s knowledge of their homelands to get what they needed and for furs. The Dutch used beaver furs to make beaver-felt hats—symbols of wealth in Dutch society. 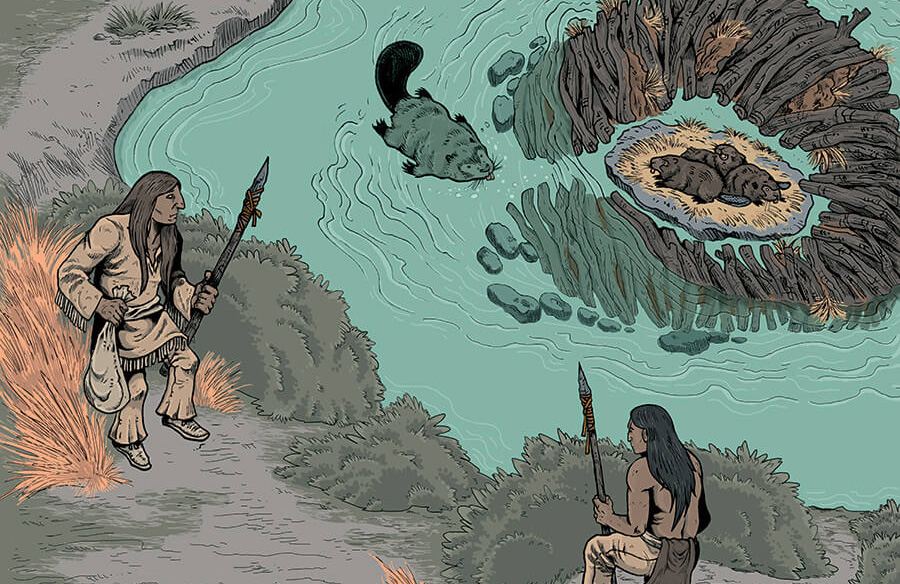 Beavers are agile and can run amazingly fast. Native people have to catch them in traps or, when the beavers lie hidden in their burrows underground, lance them with long blades mounted on shafts. 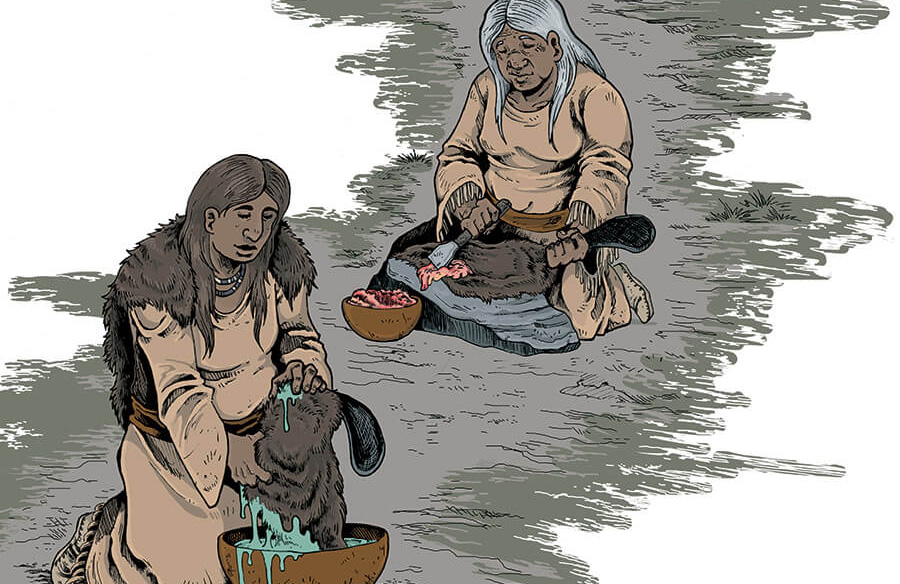 Native women washed the furs to remove blood and dirt. Next, flesh and fat were scraped off with a flesher tool. Lastly, the beaver pelts were placed onto a stretching frame to dry. 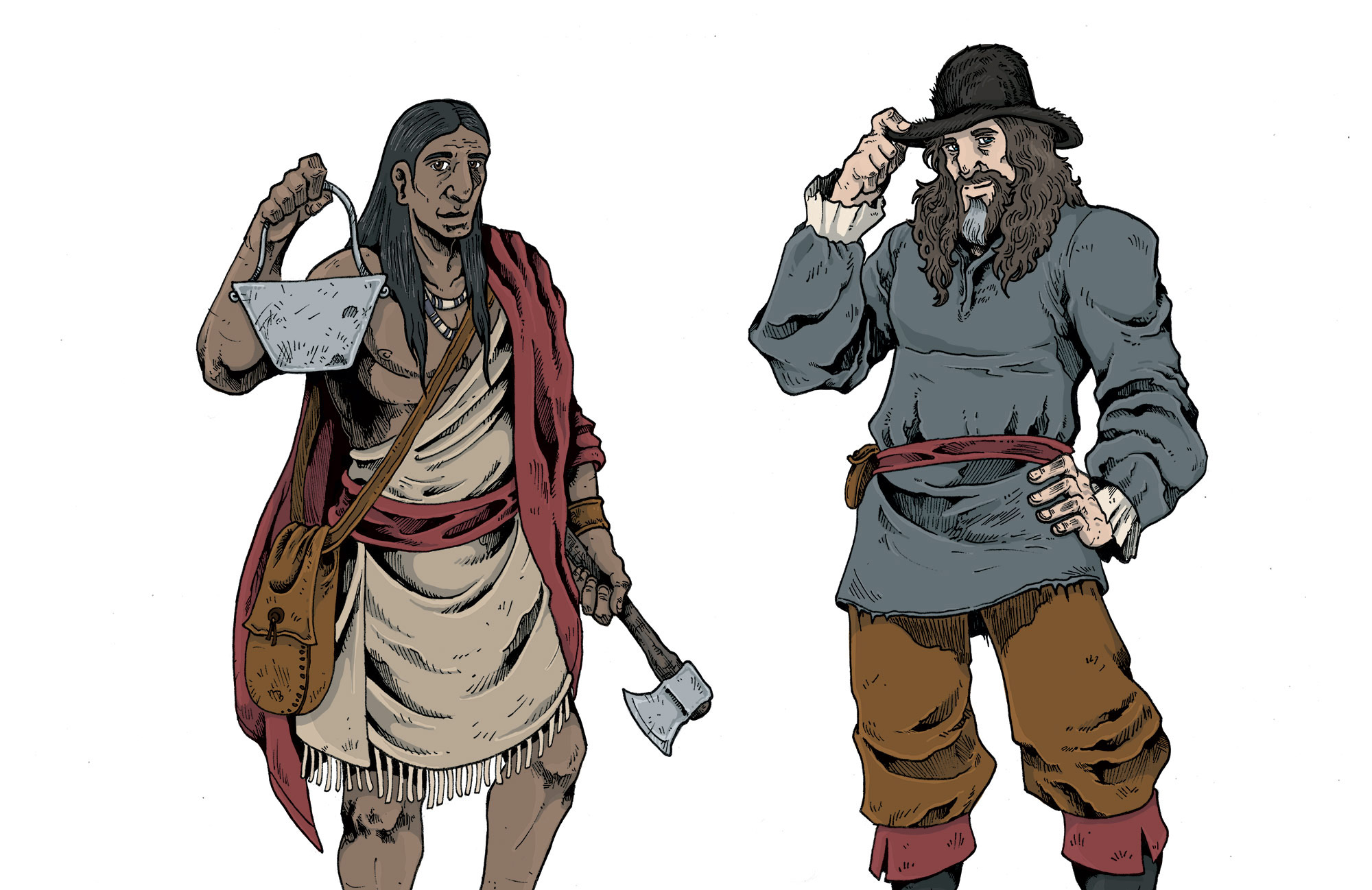 Native trader, 1634
Dutch Quote
“The beaver is the main reason . . . for the initial settlement of this fine country by Europeans. The fur is made into the best hats that are worn . . . throughout Europe.”