The NMAI Repatriation Department welcomes repatriation claims and consultation requests from lineal descendants, official representatives of Indian tribes, and Native Hawaiian organizations. Requests by non-federally recognized Indian tribes in the United States and First Nations and Indigenous communities outside of the United States are addressed on a case-by-case basis.

For more information please refer to the NMAI’s A Step-by-Step Guide through the Repatriation Process.

Does the NMAI conduct repatriations outside of the United States?

How do I request an inventory?

Requests should include relevant details, such as any names by which an individual or tribe has been known (e.g., traditional names), and geographical areas of interest (e.g., countries, states, counties, provinces, and sites). The Repatriation Department will provide an electronic inventory in PDF format.

What is a repatriation consultation?

Repatriation consultations allow for better communication and understanding of cultural perspectives by Repatriation staff, and of museum policies and protocols by potential claimants. Repatriation staff provide claimants with an overview of the repatriation legislation for Smithsonian museums, the NMAI Act and its amendment, and the NMAI Repatriation Policy and procedures. A consultation may include a general review of the culturally affiliated collections or a specific review of categories or types of objects that are of significant interest to the individual or tribe.

When appropriate, the NMAI and the Smithsonian’s National Museum of Natural History (NMNH) will conduct joint consultations at the tribe’s request. Pending funding availability, joint consultations typically take place over four days, with two days at each museum, in addition to two travel days.

How do I request a repatriation consultation?

Lineal descendants may submit a request for consultation along with documentation establishing their relationship to the human remains of the known individual or cultural items.

Indian tribes and Native Hawaiian organizations should submit a request for consultation and provide official documentation that identifies the representative authorized to conduct repatriation business on behalf of the tribe or organization.

For more information, please refer to the NMAI’s A Step-by-Step Guide through the Repatriation Process.

What is required in a formal repatriation claim?

All repatriation claims must be received in written format by post or electronically.

Formal requests by a lineal descendant do not require the claim to be authorized by the culturally affiliated tribe or written on tribal letterhead. However, the claim should include documentation establishing the claimant’s relationship to the human remains of the known individual, funerary object, or sacred object.

Formal requests by tribes should be submitted on official tribal letterhead and signed by the designated authority to conduct repatriation business on behalf of the tribe.

Formal repatriation requests should include:

The claimant will receive official notification from the NMAI Repatriation Department that the claim has been received and accepted. Should there be any issues, the Repatriation Manager will work directly with the claimant to ensure that the basic requirements for the claim have been met.

Does the NMAI support travel and expenses related to repatriation claims?

Upon approval by the Board of Trustees, the NMAI will also assist with the physical return of human remains and/or cultural items. The NMAI will collaborate with communities or individuals to ensure that they are prepared for transport in the most culturally appropriate way possible.

How many sacred objects and objects of cultural patrimony are under the NMAI’s stewardship?

It is not possible to provide an exact number because it is at a tribe’s discretion to assert what they believe to be considered a sacred object or an object of cultural patrimony. Tribes have their own internal deliberative processes for decisions on matters as sensitive as these, which the NMAI respects.

Other than the NMAI Act, is there another law in the United States that governs the repatriation of Native American human remains and certain cultural items?

Are there other significant Native American collections in the Washington, DC, area?

If museums or auction houses outside the United States have Native American collections, can the NMAI help repatriate them?

The NMAI does not have authority to compel institutions, organizations, or auction houses domestically or abroad to repatriate items to their culturally affiliated communities. There are no United States laws that currently address this issue. Within the United States, the Archaeological Resources Protection Act (ARPA), NAGPRA, and UNESCO limit what types of Native American materials, such as eagle feathers, may be acquired or sold. Outside of the United States, UNESCO may apply in narrow circumstances.

How do I return a Native American item or collection to its community or place of origin?

The NMAI does not formally assist individuals or organizations with this work, but the following organizations may be able to offer some guidance:

Does the NMAI offer digital repatriation?

Digital repatriation is not considered repatriation according to the NMAI Act; however, it is part of the NMAI's standard practice to provide electronic copies of photos and records during repatriation consultations. Digital records may also be obtained directly through NMAI Archives and NMAI Collections. 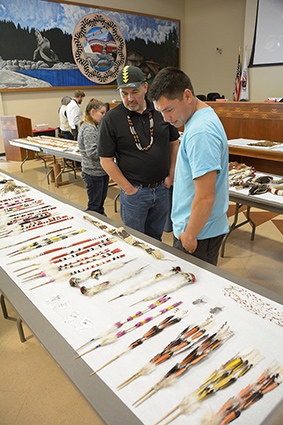 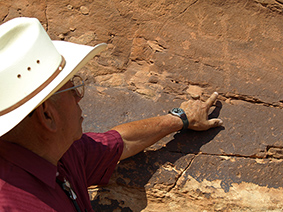