Dakota Modern: The Art of Oscar Howe introduces new generations to one of the twentieth century’s most innovative Native American painters. Howe (1915–1983) committed his artistic career to the preservation, relevance, and ongoing expression of his Yanktonai Dakota culture. He proved that art could be simultaneously modern and embedded in customary Očhéthi Šakówiŋ (Sioux) culture and aesthetics—to him there was no contradiction.

Howe challenged the art establishment’s preconceptions and definitions of Native American painting. In doing so, he catalyzed a movement among Native artists to express their individuality rather than conforming to an established style. This legacy of innovation and advocacy continues to inspire generations of Native artists to take pride in their heritage and resist stereotypes. Developed in collaboration with the Portland Art Museum (PAM) and curated by Kathleen Ash-Milby (Navajo), PAM’s curator of Native American art, Dakota Modern traces more than forty years of the artist’s career and development from early conventional work created while in high school in the 1930s through the emergence in the 1950s and 1960s of his innovative and abstract approach to painting.

This exhibition is on view at the National Museum of the American Indian in New York, NY, March 11–September 11, 2022. 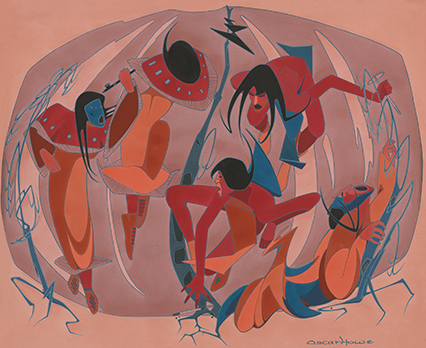 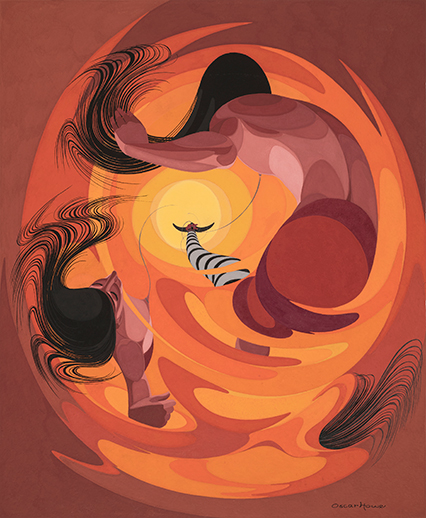 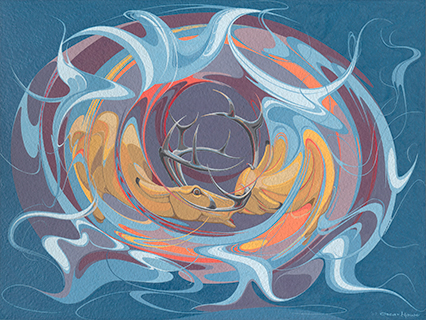