Why We Serve honors the generations of Native Americans who have served in the armed forces of the United States—often in extraordinary numbers—since the American Revolution. For some, the Indigenous commitment to the U.S. military doesn’t make sense. Why would Indians serve a country that overran their homelands, suppressed their cultures, and confined them to reservations? Native people have served for the same reasons as anyone else: to demonstrate patriotism or pursue employment, education, or adventure. Many were drafted. Yet tribal warrior traditions, treaty commitments with the United States, and responsibility for defending Native homelands have also inspired the enduring legacy of Indigenous military service. Why We Serve commemorates the National Native American Veterans Memorial, dedicated at the National Museum of the American Indian in Washington, D.C. 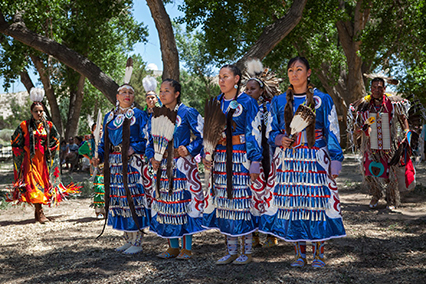