Our Peoples: Giving Voice to Our Histories

Historically, Native people have been portrayed in textbooks in narrow or inaccurate ways. In Our Peoples, Native Americans tell their own stories—their own histories—and in this way the exhibition presents new insights into, and different perspectives on, history.

The main story of Our Peoples focuses on the last 500 years of Native history and shows how the arrival of newcomers in the Western Hemisphere set the stage for one of the most momentous events in human history. In the struggle for survival, nearly every Native community wrestled with the impact of deadly new diseases and weaponry, the weakening of traditional spirituality, and the seizure of homelands by invading governments. But the story of these last five centuries is not entirely a story of destruction. It is also about how Native people intentionally and strategically kept their cultures alive. 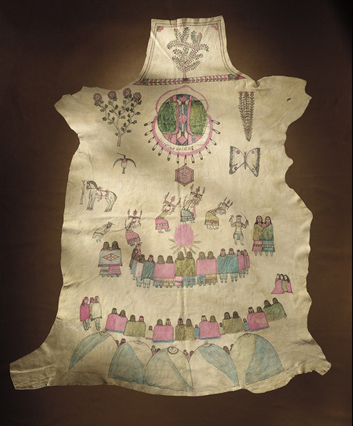