This exhibition of 28 drawings and lithographs by Navajo artist R.C. Gorman (1931–2005) reveals the artist's early work with the nude, and foreshadows the monumental women and Indian "madonnas" that later brought the artist international acclaim. Also featured are less well-known prints such as a rare self-portrait, a series based on Navajo weaving designs, and Yei-bi-Chai, a print reproduced as a poster for his 1975 solo exhibition at the Museum of the American Indian, Heye Foundation. 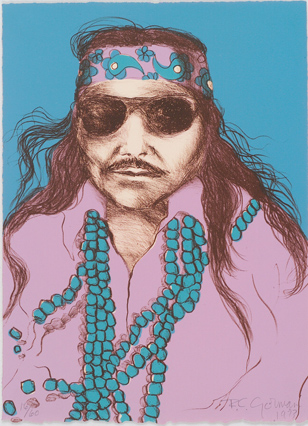