Significance of the Collections

Beyond the importance of any single part of the collection, the NMAI collections as a whole have their own significance and relevance to diverse constituencies. George Heye’s original collection, created between 1897 and 1957, still stands as a remarkable testament to one man’s passion: his collecting proclivities and attitudes toward Native people—as represented by one of the largest personal collections ever amassed—remain a subject of study. However, significant factors in the history of the collections’ development and curation continue to affect their importance to different constituencies.

Heye collected extensively from 1910 to 1930, after most museums’ collecting from American Indians had slowed. He was not a trained anthropologist, art historian, or academician of any type and, beyond his interest in anthropology, had few disciplinary inclinations. However, one of his primary motives was to amass the most complete and encompassing collection possible, including what has been described as both “the mundane and the supreme.” As a result, the historic collection has a complexity and fullness not often found in museums and private collections, including a completely hemispheric scope ranging from traditional objects made for Native peoples’ own use; those affected by outside influences in form, construction, or materials; and those clearly made for sale to non-Indians. The hemispheric depth and diversity of the collections, and their lack of any strong disciplinary focus, make them—perhaps ironically—a notable resource for the study of Native life and material culture for scholars of various disciplines, including anthropology, archaeology, history, and art history.

Despite the richness and complexity of the object collections, Heye’s collecting and curation practices and his often pervasive disregard for objects’ documentation often limits the collections’ potential for analysis and interpretation. Descriptions of Museum of the American Indian (MAI), Heye Foundation work during Heye’s lifetime recount the confusion, loss, or destruction of fieldnotes, field numbers, excavation records, site maps, and other documentation, which were characterized as a luxury Heye could not always afford to maintain. These losses significantly reduce the collections’ value for serious research, especially by anthropologists and archaeologists.

Simultaneously, MAI histories describe Heye’s overemphasis—as a collector rather than a scientist—on whole ceramic vessels and other complete items and disposal of barrels of potsherds and material from excavated sites. Heye could not afford to finance many major expeditions—either archaeological or ethnographic—after 1929, thus descriptions of stripping of such material may apply largely to excavated collections moved from the museum building at Audubon Terrace to “the Annex” (also known as the Research Branch) after 1926. Despite this, some earlier collections—such as Caribbean archaeology—remained intact, with the result that different regional collections are unbalanced. Additionally, Heye’s and MAI’s later collections “refinement” through exchanges and sales stripped many distinct collections of their integrity, also limiting their research potential for current and future scholars.

Other more recent losses of documentation may be as damaging to the collections’ interpretive potential. Under MAI, many archival materials were housed at the Huntington Free Library in the Bronx, formed in the 1920s from the private libraries of anthropologists Frederick W. Hodge and Marshall H. Saville, then MAI employees. The collection included more than 40,000 volumes on the archaeology, ethnology, and history of Native peoples; a rare book collection; significant manuscript collections; and, most importantly, archival materials related to the object collections, including ethnographic fieldnotes and papers of archaeological expeditions such as the Hemenway Southwestern Archaeological Expedition, the Hendricks-Hodge Archaeological Expedition and the Joseph Keppler Iroquois papers and Clarence B. Moore's fieldnotes. However, in 2004, after years of legal battles over ownership, the Huntington Library was ruled an independent entity rather than part of MAI that could be assumed by the Smithsonian, and the collection was purchased by Cornell University. NMAI staff continue discussions with Cornell to secure copies of materials related to MAI/NMAI collections and history as part of ongoing efforts to reunite the collections with their documentation—some preserved at the NMAI but perhaps as much in archives elsewhere—and allow the NMAI to reclaim some of the collections’ intellectual value, but staff anticipate that this will require decades of work.

In building the collections, Heye depended on professional advice, but after loss of substantial financial support in 1928, Heye dismissed his professional staff, losing their advice in terms of what to collect, the manpower to organize and research existing and future collections, and academic influences on his thinking. However grand the museum’s initial intellectual and scholarly purpose might have been, it focused almost exclusively on objects as primary texts to inform understanding and interpretation. But as American anthropology grew and moved past him, Heye remained firmly stuck in seeing objects as primary texts. Subsequent collections development continued to reflect this focus.

Without his staff, Heye also lost contacts to locate collections; regions where he could not identify appropriate collections for purchase are notably weaker than areas where anthropologists assisted him. MAI “curatorial” practices were also problematic, such as assigning unprovenienced objects to specific tribes, sites, or geographical regions and recording the information as if it were factual. MAI standards for cataloguing, set during Heye’s lifetime, continued in the museum’s later work. Recent implementation of expanded, optimal cataloguing in the collections database have allowed staff to re-identify many collections and expand information to serve the needs of tribal and other constituencies and contribute to increasing the collections’ value as educational resources.

For the NMAI, responsible stewardship entails maximum accessibility, both physical and electronic, as a means to inform and educate any who seek that access. As a resource made available to the public through exhibitions, publications, and via a dedicated website, the collections and their associated information have remarkable potential for increasing public awareness and comprehension of American Indian arts, lives, cultures, and histories and understanding of intercultural histories and relationships with non-Native societies. Lastly, and most importantly, the NMAI collections have tremendous significance for Native people themselves, who look to the museum both as a steward of much of their material heritage and a responsible partner in the ongoing work of making it accessible to their community members and to the public to the greatest extent possible. 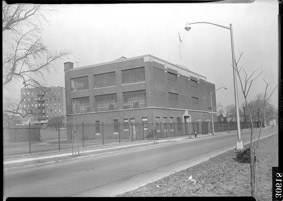 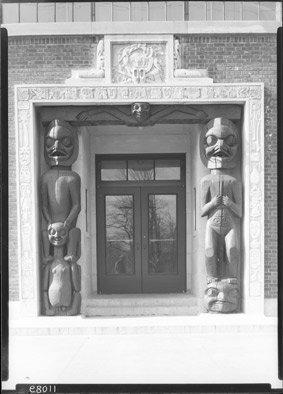