The National Museum of the American Indian (NMAI) has one of the most extensive collections of Native American arts and artifacts in the world—approximately 266,000 catalog records (825,000 items) representing over 12,000 years of history and more than 1,200 indigenous cultures throughout the Americas. Ranging from ancient Paleo-Indian points to contemporary fine arts, the collections include works of aesthetic, religious, and historical significance as well as articles produced for everyday use. Current holdings include all major culture areas of the Western Hemisphere, representing virtually all tribes in the United States, most of those of Canada, and a significant number of cultures from Middle and South America and the Caribbean. Approximately 68 percent of the object collections originate in the United States, with 3.5 percent from Canada, 10 percent from Mexico and Central America, 11 percent from South America, and 6 percent from the Caribbean. Overall, 55 percent of the collection is archaeological, 43 percent ethnographic, and 2 percent modern and contemporary arts. (These figures are based on catalog numbers, not number of items, where single catalog numbers encompassing dozens of sherds or projectile points would skew percentages toward archaeology.) In terms of collections’ growth, NMAI continues to focus actively on modern and contemporary arts, relying on donations for the expansion of earlier ethnographic collections. Given the 1970 passage of UNESCO regulations controlling antiquities exports from Latin America, and North American Indian peoples’ continuing ambivalence about archaeology, there is little expectation for substantial growth of the archaeological collections. And although NMAI’s enabling legislation encompasses Hawai’i, the museum does not accept or collect Native Hawaiian material.

In addition to the object collections, the museum’s holdings also include the Photographic Archive (approximately 324,000 images from the 1860s to the present); the Media Archive (approximately 12,000 items) including film and audiovisual collections such as wax cylinders, phonograph discs, 16mm and 35mm motion picture film, magnetic media of many varieties, and optical and digital media recorded from the late 1800s through the present; and the Paper Archive (approximately 1500 linear feet) comprised of records dating from the 1860s to the present that preserve the documentary history of the NMAI, its predecessor, the Museum of the American Indian (MAI), Heye Foundation, and their collections, as well as other documentary and archival materials. Each of these four permanent collections components is defined by its individual scope and described in detail below. NMAI also maintains unaccessioned collections, including educational teaching collections and non-Native works of art depicting American Indian subjects, as well as poorly documented materials currently being researched for their value to the overall collection or potential disposition.

Although maintained as four discrete components, the Object, Photo Archive, Media Archive, and Paper Archive collections are deeply intertwined since each contains items that relate to one another: Photo and Media Archives include images of objects in use in Native communities or excavation contexts and the Paper Archive includes fieldnotes and documentation for all aspects of the combined collections. Through implementation of its Collecting Plan, NMAI hopes to expand the scope of the collections and continue its historically significant work in documenting indigenous lives and perspectives—through objects, diverse media, and other means—while simultaneously increasing the integration of the collections with one another and making them more applicable to museum programs and accessible to external users. 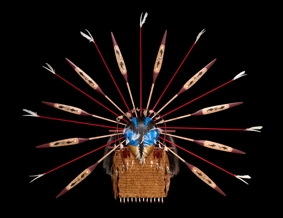 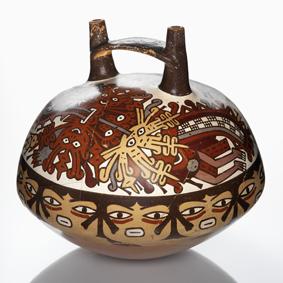 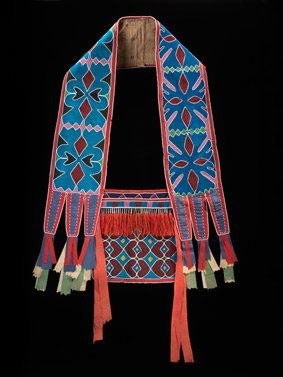 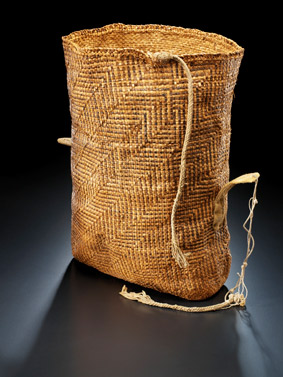